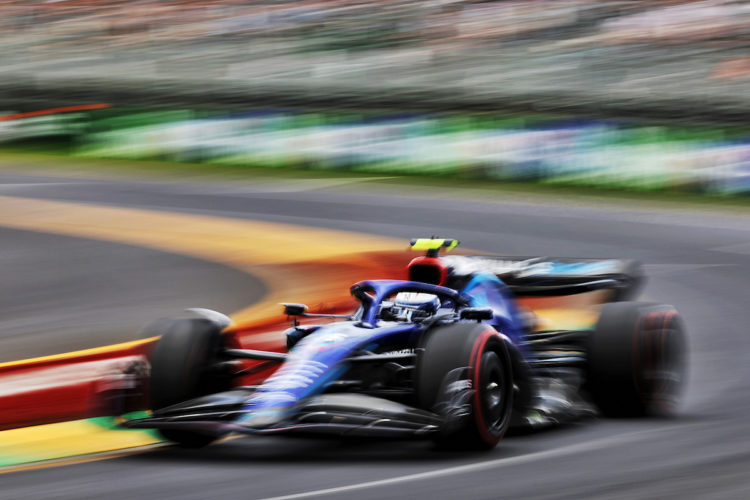 Nicholas Latifi and Lance Stroll have provided their points of view from their crash during qualifying for the Australian Grand Prix on Saturday.

Both drivers suffered damage in the closing stages of Q1 after they made contact on the run to Turn 6.

Latifi was attempting to pass Stroll, having moved aside at the previous corner to let the Aston Martin driver through. However, contact was made, with Latifi sent into a spin with heavy damage to the rear of his car.

Stroll was deemed to be responsible for causing the crash and was issued a three-place grid penalty by the Stewards for Sunday’s race.

Latifi says that after watching the replay, he was assured that his compatriot was at fault for the incident.

“From behind the cockpit, my opinion was clear at the time,” he said. “I’ve seen the video before coming to the media pen so that just reaffirmed what I felt, really.

“I only let Lance by because I was told he was on a pushing lap. He must’ve backed off a corner or two before for whatever reason.

“And then I just wanted to carry on with my tyre preparation for that cool down lap.

“I had to get back by him, there was a big gap at the time when I was alongside him and then there was no more gap when he decided to turn in. Very unfortunate, big consequences.

“In terms of the actual impact itself it was quite small for an actual crash. It’s just because the way the impact was, the consequence of the damage to the car is quite large.

“That’s a really shitty thing, for lack of a better word.”

Stroll says that due to the way the track is designed, he was naturally drifting towards the right side of the circuit before the two collided.

“He tried to come back past, it was just a really awkward incident,” Stroll said.

“There’s a lot of camber that falls away to the right there. So where he accelerated, I was just following that path of the circuit and I warped towards the inside of the track as he was trying to accelerate at that last second.

“That’s what made the contact, [at a] really awkward part of the track.”

Latifi is set to join Stroll on the back row of the grid for the start of Sunday’s grand prix, having ended the session in 19th place.