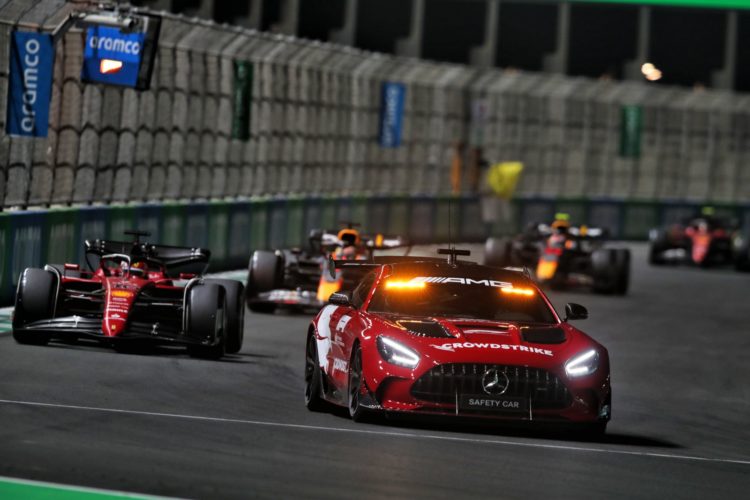 Formula 1 race director Niels Wittich has reminded all drivers of the need to drive in a safe manner during Safety Car restarts.

Wittich’s words are believed to be aimed at Max Verstappen, after the reigning F1 champion used similar tactics in the three most recent races to try and gain the upper hand over the leading car.

In Abu Dhabi, Verstappen drew alongside race leader Lewis Hamilton and at one point, albeit briefly, even passed the Mercedes driver, who at the time took over the role of the Safety Car as it peeled off into the pit lane.

In the 2022 season opener in Bahrain, he drew alongside leader Charles Leclerc at the penultimate corner and again in Saudi Arabia.

In updated event notes, Wittich highlighted Article 55.14 of the F1 sporting regulations, reminding drivers that they shouldn’t draw alongside another car during a restart or driver in an “erratic” manner, which includes braking or accelerating sharply.

“In order to avoid the likelihood of accidents before the safety car returns to the pits, from the point at which the lights on the car are turned out drivers must proceed at a pace which involves no erratic acceleration or braking nor any manoeuvre which is likely to endanger other drivers or impede the restart.”

The event notes were accompanied by a diagram, showing what is and isn’t acceptable.

The first two pictures shows the car behind drawing alongside the car ahead, which isn’t allowed, with the final diagrams explaining that cars can pull up to the rear of the car ahead as long as they keep to the side, or alternatively they must leave a safety gap if they wish to follow directly behind.