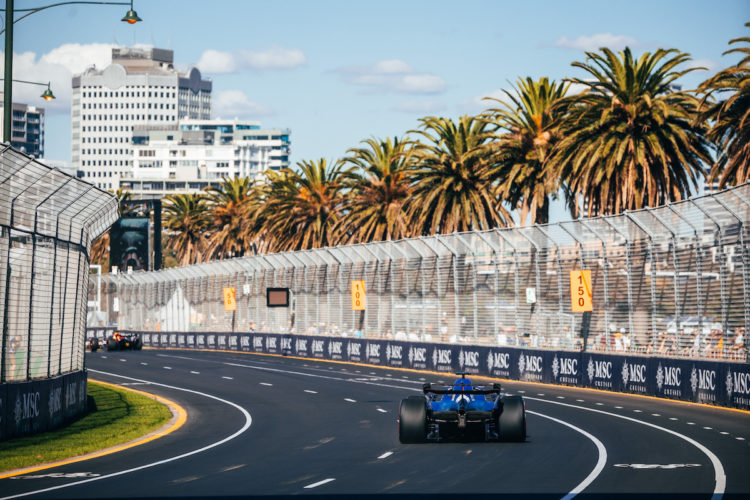 Formula 1 has removed one Drag Reduction System (DRS) zone at the Albert Park Circuit for the remainder of the Australian Grand Prix weekend, reducing the total number to three.

Ahead of the event, it was confirmed that four DRS zone would be in use following significant changes to the track layout.

The old Turn 9/10 chicane was removed, creating a high speed blast to the fast left/right sequence that was previously Turns 11 and 12.

With the chicane gone, F1 implemented another DRS zone between the new Turns 8 and 9, however that has now been scrapped.

A statement from the FIA ahead of FP3 on Saturdays states: “For safety reasons, DRS Zones will be reduced to 3 for the remainder of the event.

detection 2 will remain unchanged, with the following activation zones will be renumbered

The track changes has meant that the lap times this year are several seconds faster compared to those set in 2019 when F1 last competed in Australia.