Alonso: I had pace for Australian GP pole before crash 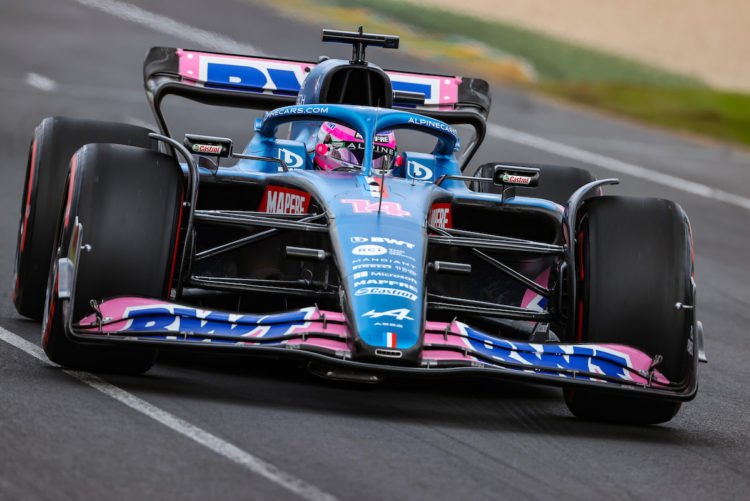 Alpine’s Fernando Alonso believes he had the pace for pole position at the Australian Grand Prix before a crash in Q3 ended his session early.

The two-time Formula 1 World Champion slid off the road and into the barriers at Turn 13 after suffering a hydraulic issue with his car.

Alonso was setting a rapid lap time, going purple in the middle sector prior to his shunt.

When asked after the session if the car had the pace for pole position in Melbourne, Alonso replied: “Yes.”

Alpine appeared strong all through the weekend in Australia, with its pace from free practice seemingly carrying over into qualifying.

While the Spaniard says it was a little surprising to be competing for pole, he says that he is not shocked that Alpine is fighting closer to the front of the pack.

“I think the car is getting better and better,” he said. “We feel more confidence, the team is working hard.

“It has been the best weekend for years for me. It is so frustrating not to execute it until the end.”

It marks the second race weekend in a row that Alonso has been hit with a mechanical issue, as last time out in Jeddah, he was forced to retire from the race while running inside the points.

“Only for my car it [reliability] is a concern, the other car seems ok!” Alonso laughed.

“That’s why I say it’s a little bit unlucky because if we have a reliability problem on both cars, they are facing issues, it could be something that we need to fix.

“In Jeddah, we were OK. Today, top two or top three was guaranteed, I think. It hurts.”