Red Bull ‘a tiny bit off’ Ferrari in Melbourne – Verstappen 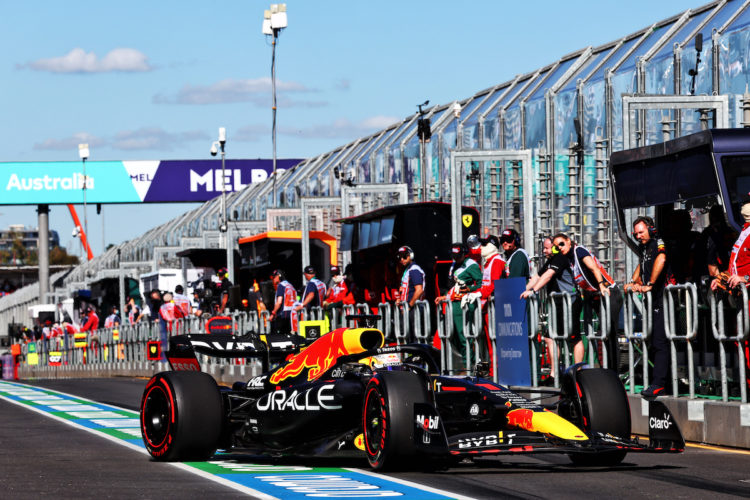 Red Bull’s pace in Australia is just “a tiny bit off” Ferrari, according to reigning World Champion Max Verstappen.

Ferrari topped both practice sessions on Friday afternoon in Melbourne, but Verstappen was second in FP2, just over two-tenths down on pace-setter Leclerc.

However, Verstappen was forced to abandon a lap in which he looked set to go faster than his session best, leaving him optimistic that there is more to come from the Red Bull team.

“I think in FP1 and the beginning of FP2 we were lacking a bit of balance,” he said. “And I think for the final run we changed the car around a bit and I felt a lot happier.

“We’re a tiny bit off Ferrari but I think we can make it a little bit closer. But they are quick again.

“In the long run everything looked quite stable and quite nice, so I’m happy about that. We definitely made some good improvements.

“It was necessary to make changes because in the beginning it was a bit tricky out there.

“But we’re on a good direction, we’ll try to build from there and hopefully we can make some tiny adjustments for tomorrow.”

Drivers got their first taste of the changes to the Albert Park Circuit on Friday, which made the track several seconds faster.

After the two one-hour sessions to open the race weekend, Verstappen gave approval for the alterations.

“It’s good. I think the track’s grip is quite nice, the bumps definitely improved,” he said.

“I think that made the track nicer because you can attack the corners better now being a bit more smooth. They did a good job with that.”