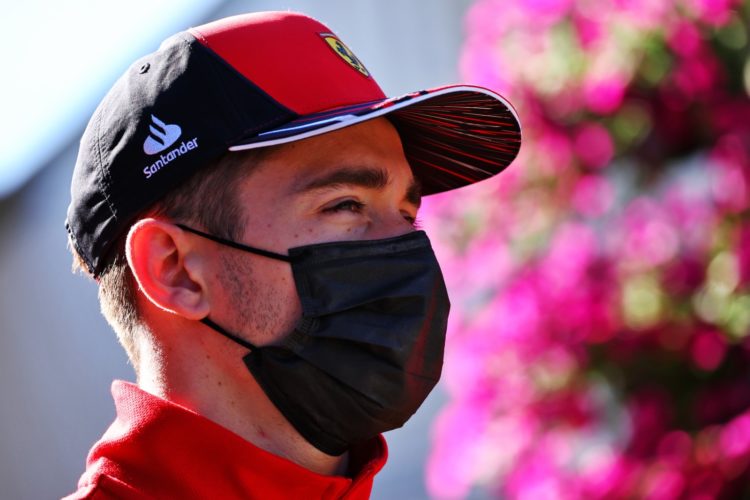 Formula 1 title leader Charles Leclerc has dismissed suggestions that he has made a substantial personal step in 2022, believing past gains were masked by Ferrari’s level.

Leclerc claimed victories and pole positions during his first year at Ferrari in 2019 but endured a two-year win drought through 2020 and 2021 amid the squad’s regression.

Leclerc ended his and Ferrari’s lengthy drought with victory at the season-opening round in Bahrain and went on to finish a close second to Max Verstappen in Saudi Arabia.

He enters the Australian Grand Prix 12 points clear of team-mate Carlos Sainz in the standings.

It prompted Ferrari’s long-time test driver Marc Gene to suggest Formula 1 was witnessing a ‘Leclerc 2.0’ in 2022 but the youngster downplayed such talk.

“One thing that I don’t like, I’ve seen it everywhere, and I don’t like to see it is ‘Charles Leclerc 2.0’ and this is not the case,” he said.

“Yeah I’ve had a growth from years to years that is linear; last year… I never like to put luck into place but honestly there were two races in particular [Monaco and Hungary] where I lost many valuable points that weren’t too much in my control, and this paid off massively [in the standings] at the end of the year.

“And also fighting between fourth and seventh position, when you are performing very well nobody is noticing it, which makes it quite tricky.

“Of course I probably am even better now that I am fighting for wins as this is what I like to do and it is great to be back here, but overall I think it is just a linear growth years from years and there’s not a huge step from last year.”

Leclerc has headed Sainz in both qualifying sessions and races in 2022 but he has backed his team-mate to swiftly get on top of Ferrari’s F1-75.

“Obviously we are still early days and sure all the drivers here have a bit of margin, then how much margin everyone has is difficult to know,” he said.

“I don’t really know where I’m gaining, I guess a little bit everywhere, but we’ll wait and see.

“But Carlos is a very strong driver and it is just a matter of time before he gets at ease with this car I think.”