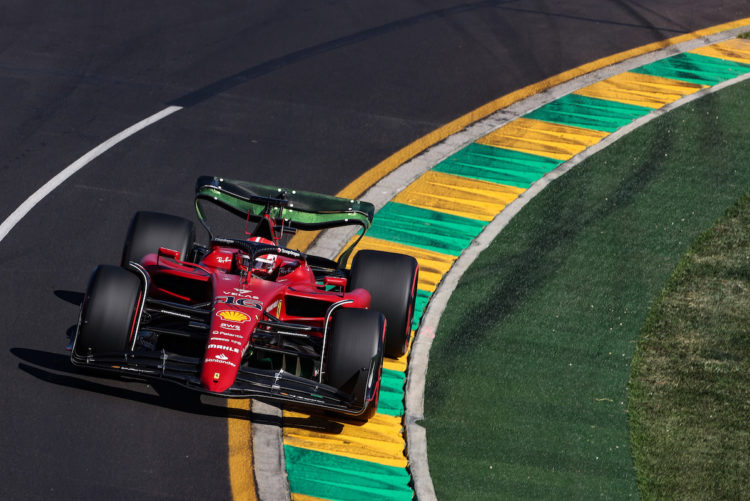 Charles Leclerc set the benchmark in the second practice session in Melbourne, laying down a 1:18.978s to go two-tenths ahead of Red Bull’s Max Verstappen.

Carlos Sainz was third in the second Ferrari, while Fernando Alonso produced a strong lap to end the 60-minute outing in fourth place.

As was the case during the first practice session, traffic was an issue for drivers, with a number of impeding incidents noted.

The session was disrupted by one red flag with 12 minutes remaining due to a piece of debris from Lance Stroll’s car that was left on the track before the penultimate corner after he ran over the outside kerb.

Valtteri Bottas was seventh in the leading Alfa Romeo, while both McLarens finished inside the top 10. Lando Norris and Daniel Ricciardo were eighth and 10th respectively, while Pierre Gasly was sandwiched between the duo.

Mercedes failed to get either of its cars into the top 10, with George Russell and Lewis Hamilton 11th and 13th respectively.

Sebastian Vettel didn’t leave his garage during the session following his Power Unit-related stoppage in FP1.

The Aston Martin mechanics were forced to change his engine after his failure in the early afternoon, meaning Stroll, who was 14th, was the team’s only driver on the track in the session.

Haas’ lack of competitive pace from FP1 carried over into the second session, as Kevin Magnussen and Mick Schumacher were 16th and 18th respectively.

Nicholas Latifi was the slowest driver to set a lap time in 19th, while team-mate Alexander Albon was two places in front in 17th.