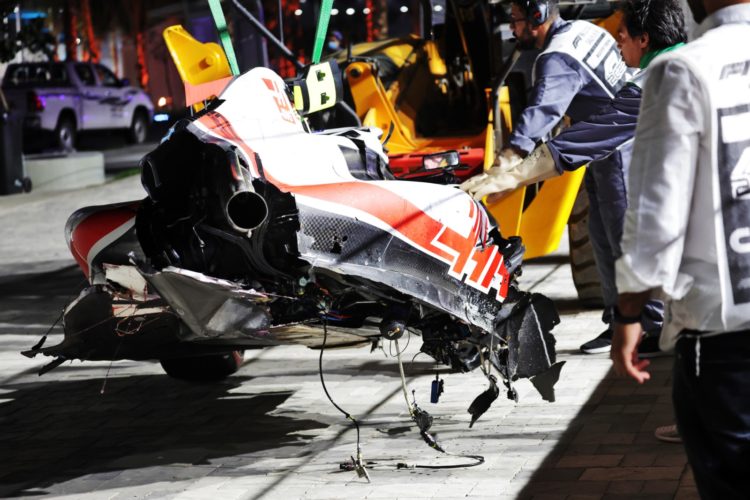 Schumacher crashed heavily during qualifying and did not participate in the race after Haas opted to instead focus its resources on this weekend’s event in Australia.

The chassis Schumacher used in Saudi Arabia has now been send back to Haas’ factory in order to be repaired in time for the forthcoming round in Italy.

Schumacher will instead use the previous spare chassis in Australia – meaning the team will be without a spare one this weekend in the event of another incident.

“The situation with spare parts is expected on race number two after a big crash,” explained Haas boss Guenther Steiner.

“We have everything, but we have no abundance of spare parts. The next question is how is the spare chassis? We haven’t got one because we have sent it back to Europe at the beginning of the week, so we’ll get it ready for Imola.

“We had to bring it here because of custom formalities, it had to enter here and then it could be shipped back to Europe from here and it’s on its way back now.”

Steiner downplayed suggestions that Schumacher and Kevin Magnussen will have to alter their approach throughout the weekend in Melbourne.

“I think we cannot approach differently,” he said. “The drivers are aware of the situation that there is no spare chassis but that can happen sometimes.

“I’m not too panicking and if something happens, we will deal with it as it comes along.

“You cannot say ‘go out there and drive slowly’, that doesn’t make sense as well, just like ‘don’t take extra risks if you don’t have to’.”