Alonso: Alpine deserves to be higher in F1 standings 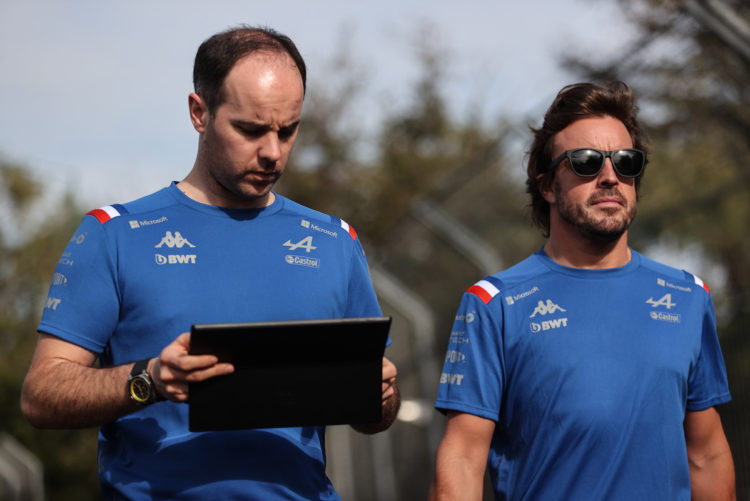 Double Formula 1 World Champion Fernando Alonso says Alpine deserves to be sitting higher in the standings after the opening two rounds of the 2022 season.

Alpine currently sits fourth in the Constructors’ Championship on 16 points, 21 points down on third-placed Red Bull.

Alonso retired from the Saudi Arabian Grand Prix last month with a mechanical issue after he was looking set to score points for the second consecutive race.

He currently sits 13th in the Drivers’ standings, while team-mate Esteban Ocon is sixth.

“We deserve to be much higher in the standings after two races,” Alonso said. “Our car has been good and the performance has also been good over the weekends.

“Last weekend was a disappointment as we looked comfortable and set for sixth position until we had our retirement.

“It was frustrating but we can be pleased with our overall pace so far. Sundays is where the points are scored so we just need to make sure we score points then.

“The whole team is working hard to make sure we keep on top of our development.”

This weekend, F1 will race in Melbourne for the first time since 2019, with significant changes made to the circuit.

Alonso is confident that the track alterations, which include the widening of corners and the removal of the Turn 9/10 chicane, will promote more exciting racing.

“It usually acts as the first race of the season, so it’ll be interesting to see if the weather is any different to what we have previously experienced in Melbourne.

“I like the track and whilst it’s quite difficult to overtake the changes have been made to encourage this, so we’ll see how it all plays out.

“I think it’s clear we won’t see the same level of overtakes as we witnessed in Bahrain and Saudi, but with these news cars it seems easier to follow, so in theory it should be easier to try overtakes here than it was in the past.”