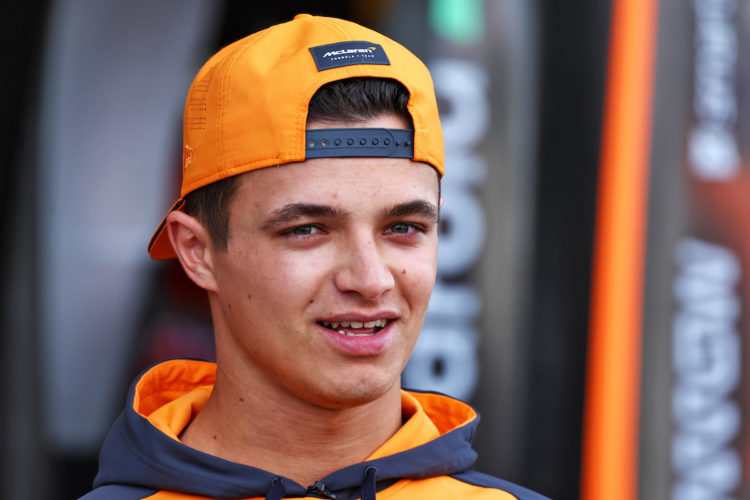 Earlier this year, Norris was handed a new contract from the Woking-based squad, keeping him at the team until at least the end of the 2025 campaign.

The contract came following a strong 2021 season for the Briton, who scored his maiden pole position in Russia and finished the year sixth in the Drivers’ standings.

But Button, who spent several years racing for McLaren, isn’t sure why Norris has committed the coming years of his career at the team.

“I don’t know why he would sign a contract for so long,” he said. “It’s a surprise for me. I know continuity is great in the sport but who knows what is going to happen in two years, three years?

“I don’t know any drivers that would sign over two years in this sport, but it’s four years, isn’t it?”

“He is gaining experience and speed [and] almost won a race last season. I don’t see the point of signing a long-term contract.

“You’re going to be wanted. It’s not like they’re not going to want you in two years’ time.”

Norris isn’t the only driver who received a long-term extension over the winter, with reigning F1 Champion Max Verstappen committing to Red Bull until the end of 2028.

Dr Helmut Marko confirmed that an escape clause exists in the deal in case the energy drink-backed squad becomes uncompetitive.