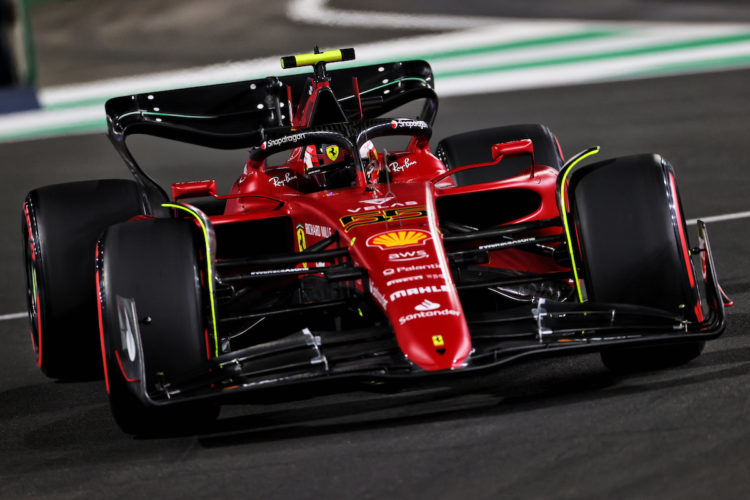 Carlos Sainz says that he is “experimenting” with his F1-75 Ferrari car in order to get a better understanding of how it operates.

Sainz ended the opening two rounds of the 2022 season on the podium, scoring second and third place finishes in Bahrain and Saudi Arabia respectively.

However, the Spaniard has expressed difficulties regarding the new challenger, stating his weekend in Bahrain was the “toughest” he’s endured as a Ferrari driver.

In a bid to get on top of the car’s performance, Sainz says that he is experimenting with it throughout race weekends.

“I feel like if I compare myself to the end of last year, last year, I knew exactly what I need to do to the car in order to go faster at each track,  and what I need from the suspension, the aero, and everything,” Sainz said.

“Every time I went to new track at the end of the year, I knew exactly where to set it up and what would work for each track.

“With this car, very little. I mean, we’ve had a good winter testing and we’ve been consistent and we’ve been running a very similar car across the test and into the first race.

“We’ve developed it, we found our setup direction that seemed to work well in Bahrain. We need races, we need samples.

“We need time and on the personal side I just need to keep experimenting, keep trying directions and see, what the car likes and what I like as a driver also.”

After the round in Jeddah over one week ago, Sainz asserted that he has taken note of more points to work on in order to become stronger.