Alonso: Renault ‘in the ballpark’ with 2022 engine 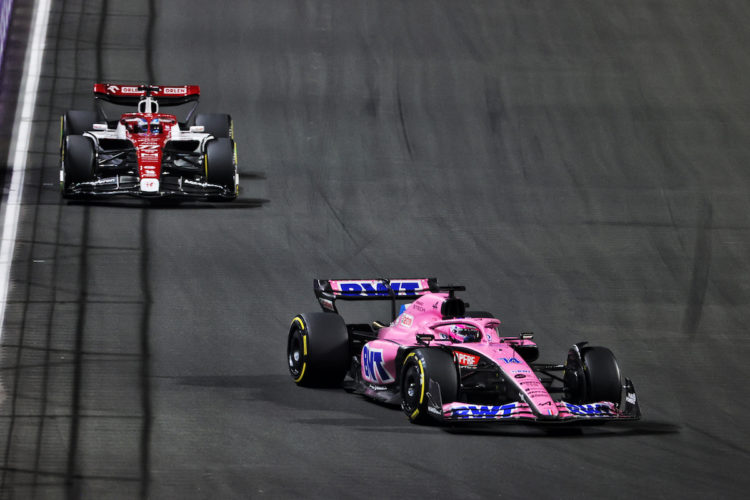 Fernando Alonso has commended Renault 2022 Power Unit, stating it is now “in the ballpark” with its rivals.

Ahead of the 2022 campaign, Renault completely reworked its engine for the Alpine team as it looked to make gains entering the sport’s new era of technical regulations, which were largely focused on the car’s aerodynamics.

A freeze on engine development that was implemented last month put pressure on manufacturers to ensure that their units were competitive.

Throughout the hybrid era, Mercedes and Ferrari have typically been the pace-setters on the Power Unit side – but in 2022, Alonso sees all engines as “very similar” in performance.

“I think we are in the ballpark now with the others and we could battle on the straights with other people here [Jeddah] and in Bahrain,” he said.

“For us, definitely a step on our side, not only on pure power, [but] also the concept of the engine is completely different and it was a lot of work on this project for already one year and a half or something.

“So I think they did a very good job in Paris and we [are] happy with our Power Unit now… we [all manufacturers] are very similar.

“I don’t think that we have a huge disadvantage or huge advantage. And that was maybe not the case last year so we’re happy with this step forward.”

Alonso’s team-mate Esteban Ocon was also full of praise for the engine following the race at the high-speed circuit in Jeddah last weekend.

“We didn’t have to be shy of anybody,” said the Frenchman. “As soon as we had the DRS open we could easily overtake the Aston [Martin] of Nico [Hulkenberg], Lando [Norris], the McLaren.

“Who else… Fernando of course was there. I could compare many different cars and it was working [for] us.”