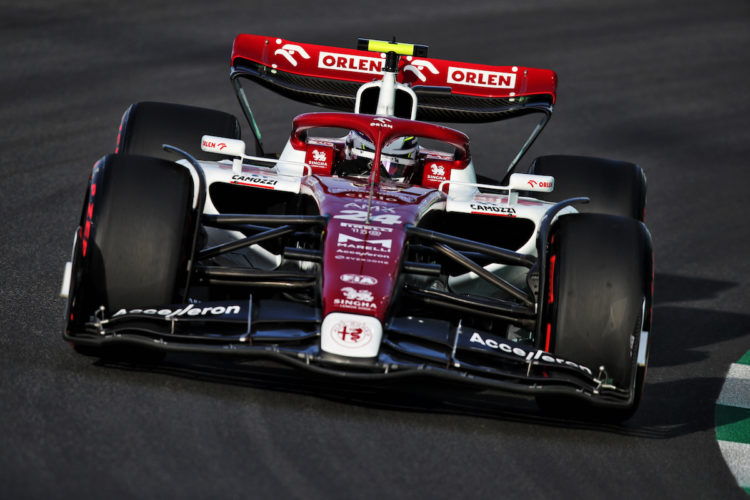 Alfa Romeo’s Zhou Guanyu says that he is used to cars that suffer from bouncing following his years of racing in Formula 2.

The Chinese driver, who is the only rookie in the Formula 1 field this year, spent three years competing in F2 from 2019 to 2021.

In the early stages of the 2022 F1 season, the cars have been suffering from heavy bouncing on the straights, known as porpoising.

The cars have been built under an all-new set of technical regulations, with ground effect re-introduced to the sport.

Teams have begun to implement solutions to stop the issue, however Zhou says that bouncing inside the cockpit isn’t a new sensation for him.

“For us, how we started at the very beginning, [on the] first day, the new car on track compared to now is of course a big improvement,” Zhou said.

“I think it’s the same for the other teams out there. But nevertheless, I think we normally suffer more when the DRS is not open on the straights, when the bouncing [is] a bit more unnatural for me.

“But in a way I’m quite used to it because when I drove F2 we normally were suffering very harsh, stiff, bouncing or with the kerb riding. So I’m used to that.

“But definitely having bouncing [at] high speed is not something nice to have.

“But I think we can have [difficulties], probably if [we are] going to Monaco, tracks like that, [it’s a] bit more bumpy on the straight, maybe we can suffer more because the visibility already is quite low with the new car compared to last year.

“And then that is definitely not helping. But it’s only the very beginning of this development of the new car. So I’m sure everybody can or maybe will find a way of figuring it out.”