Alpine: Alonso/Ocon battle was ‘good for everybody’ 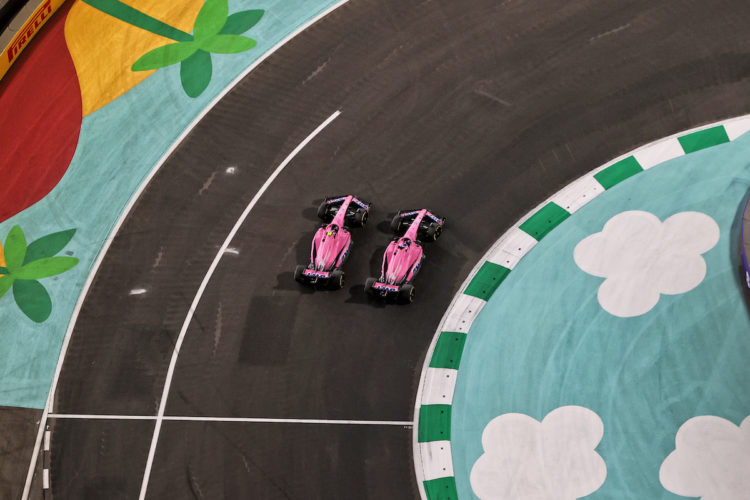 In the early stages of the race, the team-mates tussled over sixth position for several laps, before Ocon was asked to hold station behind Alonso.

Amid the battle, they lost time to rivals behind with Alfa Romeo’s Valtteri Bottas and Haas’ Kevin Magnussen closing up.

However, Szafnauer says Alpine made the correct call in letting them race, as it wanted to provide the fans with a show.

“They did exactly what we talked about before the race and it was good for everybody,” he said.

“As it turned out had Fernando not stopped on track we’d have been sixth and seventh, and we did give the fans a bit of a show.

“I think that’s what it’s about. You’ve got to let them race. It was fine. It was clean. It’s what the fans want to see and we told them at the beginning we’ll allow them to race.

“The only reason I did this was because we were losing a little bit more time than anticipated.

“Because of it, if you can follow easier you can start overtaking each other one lap after the next. We’ve got to see how Melbourne goes and then adjust.”

Szafnauer did not confirm whether or not Alpine would adopt the same strategy between its drivers for the rest of the races this year, stating it will analyse how impactful DRS is on a battle.

“We said that last weekend and we allowed them to race there,” he said. “The only thing we’ve got to do is now assess what DRS does with these cars because you can follow a lot closer.

“Before it was really easy to break the DRS train and then off you went. We just have to assess that.”