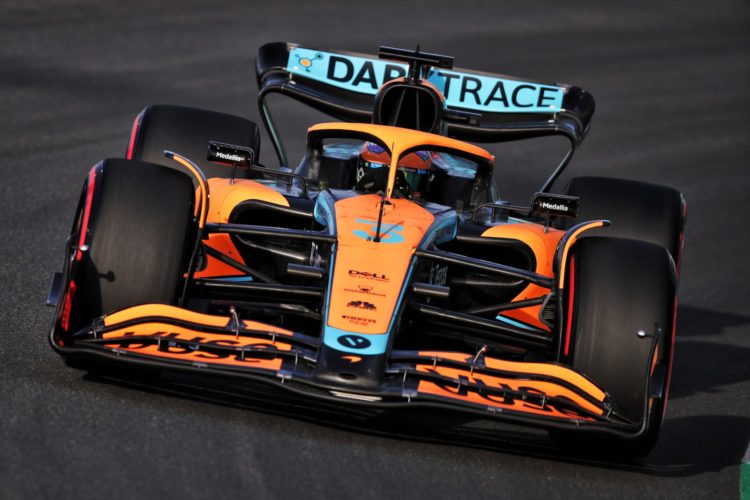 Daniel Ricciardo believes McLaren’s early form in 2022 is likely to be track dependent but is hopeful it won’t return to the poor level of pace it showed in Bahrain.

McLaren suffered a dismal display at the season-opener in Bahrain but put in a more competitive performance at the high-speed Jeddah circuit in Saudi Arabia.

Ricciardo and team-mate Lando Norris were on the cusp of Q3 on Saturday, with Norris going on to take seventh in the race, collecting McLaren’s first points of the year.

Ricciardo had been running narrowly ahead of Norris in the race until he suffered a loss of drive just over halfway through proceedings.

“I think maybe the characteristics of this circuit certainly seemed to help us, and I think both of us, although we weren’t setting the timesheets alight, we had a bit more confidence in the car from FP1,” said Ricciardo.

“We made some small improvements from Bahrain but it’s hard to make a big gain in seven days.

“That gives us hope we might get to some other tracks as well which make the car a little bit more alive and we hope Bahrain was the worst one for us, and over time we will get updates and make the car better. But for now it will ebb and flow depending on the circuit.”

McLaren team boss Andreas Seidl concurred with Ricciardo but also pointed to its disrupted pre-season test in Bahrain as a contributing factor to its previous poor showing.

“Definitely we made a step forward compared to Bahrain,” he said.

“First of all we could catch up compared to what we have lost in the test, going into Bahrain, now with everything we have learned we could apply [in Saudi Arabia].

“But it is also clear with the current package we have where we know we have a lack of performance the track was certainly suiting our car more with medium- and high-speed corners.”