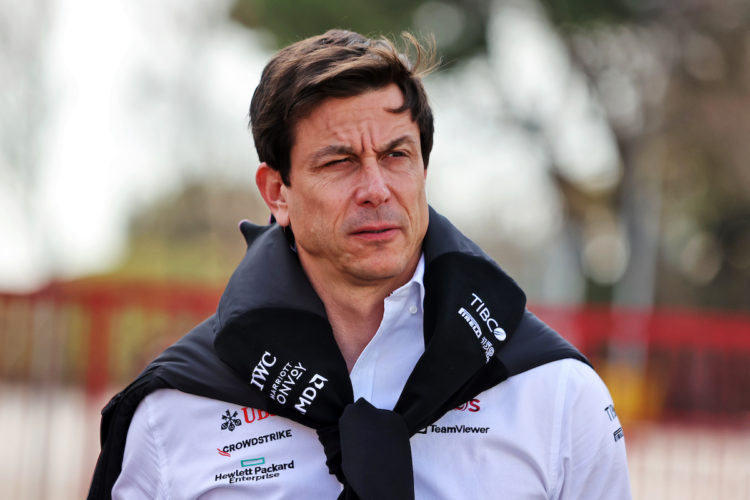 Mercedes’ performances at the start of the 2022 Formula 1 season are an “exercise in humility”, according to team boss Toto Wolff.

The Brackley-based squad has endured a difficult start to the new campaign, with its W13 car clearly lacking pace compared to front-runners Ferrari and Red Bull.

In Saudi Arabia last weekend, seven-time World Champion Lewis Hamilton dropped out in Q1 and recovered on Sunday to take home one point in 10th place.

Mercedes has dominated F1 since the start of the sport’s turbo hybrid era in 2014, and remains undefeated in fights for the Constructors’ Championship in that time.

However, Wolff says that its pace at the start of 2022 is keeping the team modest after a long period of success.

“We have the luxury of being right in those fun games for the last eight years,” Wolff said.

“[Maybe] luxury is the wrong word, we were right in the middle of those fun games at the front.

“[I’m] talking as a F1 stakeholder and benefitting from a great show that is really spectacular and spectacular to look at.

“But on the other side it is extremely painful to not be part of those fun games and [missing] quite a chunk lap time deficit.

“We’re not going to rest until we’re back in the mix. But you’re absolutely right, it’s no fun at all.

“[It’s] an exercise in humility and it’s going to make us stronger at the end, even though it’s not fun right now.”

Wolff didn’t place a timeframe on when Mercedes would get on top of its car, stating there are time deficits “everywhere”.

“I think we are not running the car where we are wanting to run it, therefore it is very difficult to really assess what the lap time deficit is if we were able to run a car lower,” he said.

“I would very much hope that the gap is much closer to what we’ve seen today but there are deficits everywhere.”