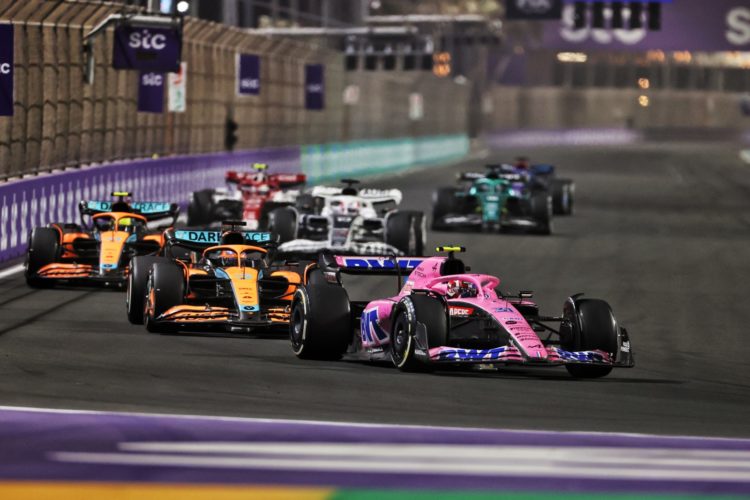 Esteban Ocon described his fierce fights during the Saudi Arabian Grand Prix as “like a go-kart race” after being involved in several wheel-to-wheel battles.

Ocon scrapped against Alpine team-mate Fernando Alonso during the early stages, before being told to hold position, and subsequently raced against Alfa Romeo’s Valtteri Bottas.

Ocon then spent the closing laps trading sixth place with McLaren’s Lando Norris and ultimately beat the Briton to the line by just 0.107s.

Before, basically as soon as you had a chance you had to go for it as you might only have one chance.

“Now you have two or three chances in the lap to overtake, so you need to time it right, make the gap at the right time, and you know if you don’t make the gap to the car behind they are going to have DRS and can get you back.

Ocon’s result elevated Alpine to fourth in the standings, in spite of Alonso’s failure to finish, and says the team can head to Australia in a buoyant mood.

“It’s been two very strong weekends for the team, unfortunately it’s a shame Fernando didn’t complete the race else it was a double points finish for the team again,” he said.

“But we have been progressing, we have been faster than Bahrain, positive, it’s only race two as well there’s more to come as well, I’m pleased with that many points at the start of the season.”