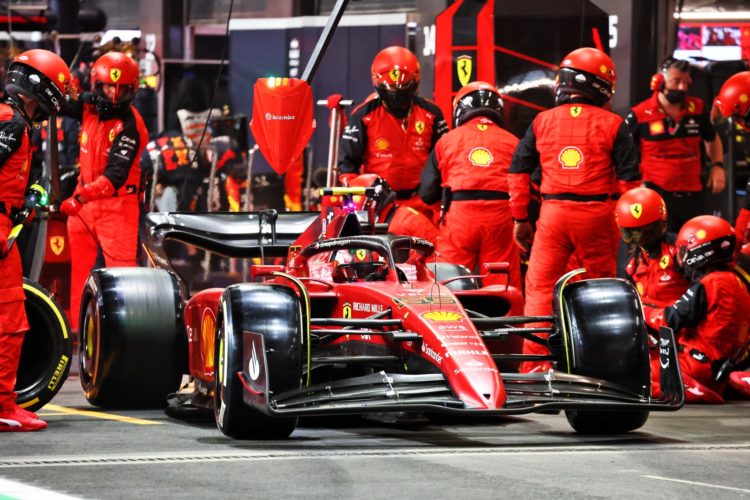 Carlos Sainz has urged the FIA to look into why it took so long for him to be placed ahead of Sergio Perez during Formula 1’s Saudi Arabian Grand Prix.

Sainz pitted when the Safety Car was deployed following Nicholas Latifi’s accident and was ahead of Perez – who was on track – when they crossed the pit exit control line.

But due to the configuration of the complex Perez retained the position at Sainz’s expense.

Their order remained the same for the following four laps behind the Safety Car until Perez ceded the position a few corners into the restart.

“The Safety Car line with Checo, I think this is a number one priority now,” said Sainz.

“We had a lot of laps to do it, the FIA didn’t allow us, and for the sake of racing and Formula 1 these kinds of things need to happen quicker and need to happen more efficiently.”

“It took a bit too long I believe from them to decide and give that to the stewards, and they took the decision when the Safety Car was coming in and it was too late to give it for the restart,” said Binotto.

“It’s not a blame but I think that the time we need to speed up as it was obvious and straightforward and could have been done differently, and important to have do it differently.

“It would have been a lot more fair and equitable to swap the position before the restart because that was the right position to have.”