Perez ‘had everything under control’ before Safety Car 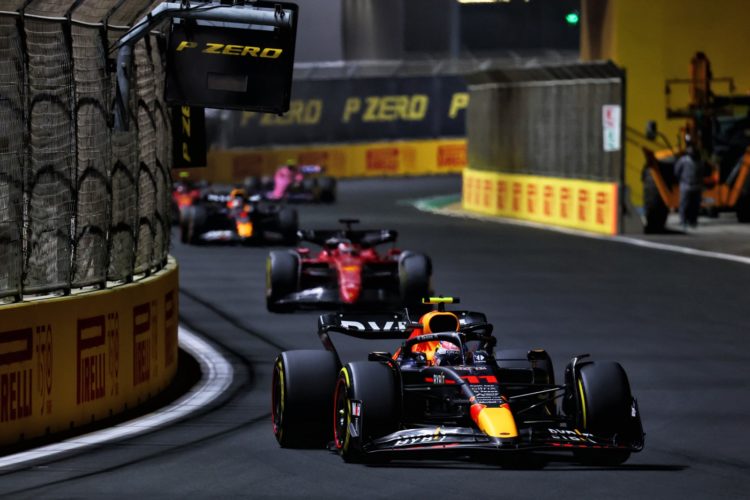 Sergio Perez says he had the Saudi Arabian Grand Prix “under control” until the ill-timed Safety Car period that derailed his win prospects.

Perez claimed his maiden pole position at Jeddah and fronted the pack through the opening stint before coming into the pits.

Under reduced speed Charles Leclerc, Max Verstappen and Carlos Sainz were all able to make their mandatory pit stops and emerge ahead of erstwhile leader Perez.

Perez went on to hold fourth through the remainder of the race.

“I think sometimes when you don’t have the right luck you cannot win the race, especially on crazy tracks like this, it knocks you down,” he said.

“I think I dominated the first stint and I was comfortably in the lead and had the race under control but unfortunately that wasn’t enough.

“At first, it was a virtual safety car so I was going to lose a position and then under the Safety car I lost out to Carlos too.

“It was the worst timing straight after my pit stop and made regaining P1 impossible after that.

“It was a bit of a shame I couldn’t get Carlos at the end to be on the podium but I didn’t get the chance.

“There are definitely a lot of positives to take from this weekend, putting it on pole and having the race pace. So, we will keep pushing and working hard because I really deserved the win but bad timing stopped that.”

“It is desperately disappointing for Checo because he drove an incredible lap to get his maiden pole, he then converted that from the start to keep the lead and was controlling the race beautifully,” he said.

“He pitted on the lap we discussed before the race and then bang a safety car, and he was very unlucky.”