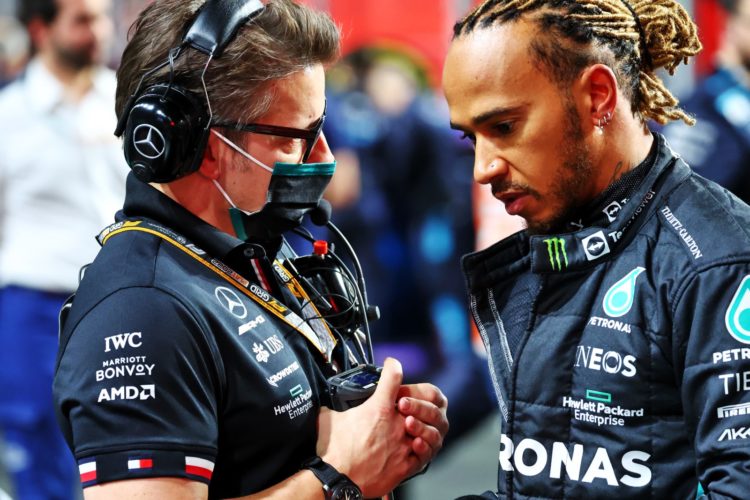 Hamilton was eliminated from Q1 at Jeddah on Saturday but made gains through the early stages of the race, having started on Hard tyres, to move into the points.

But the timing of the Safety Car bunched the field together while Hamilton was unable to pit under a subsequent Virtual Safety Car period because the pit lane entry was closed.

Hamilton eventually came in for his sole stop but re-emerged outside of the points and only crept into the top 10 late on, registering a sole point.

“Right now we’re not fighting for the top step as you know, we’re so far off the guys up ahead,” he said. “We’ve got a lot of work to do.

“Balance-wise, the car felt good, but just not fast enough. The end result isn’t great but the race was going relatively well.

“We were unlucky with how the VSC played out at the end but I was giving it everything.

“Yesterday made the weekend so much harder and I take that on my shoulders.

“It’s gutting but we need to keep fighting, it’s all we can do – I know I’ve got a great team and we’ll just keep our heads down.”