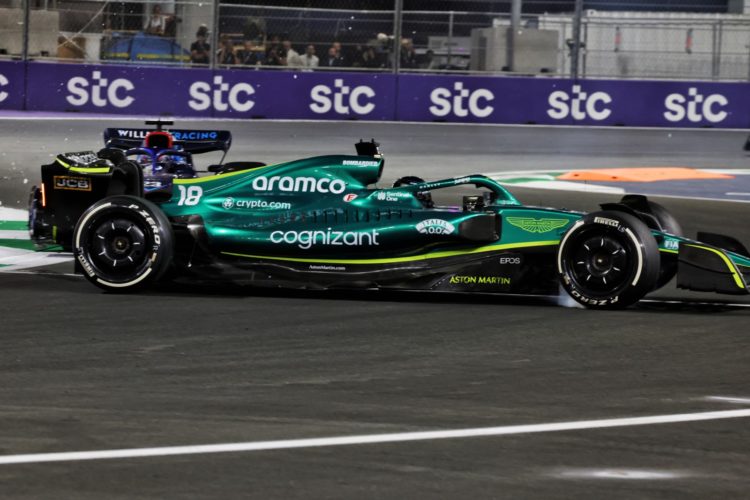 Alexander Albon has been handed a grid penalty for the next round of the Formula 1 season in Australia.

Albon collided with Lance Stroll during the closing stages of the Saudi Arabian Grand Prix at Turn 1, resulting in his own retirement later in the lap, and leading to a spin for the Aston Martin driver.

Albon was summoned by stewards after the race and they judged him to be “wholly or predominantly to blame” for the collision.

As a result he will drop three places on the grid from wherever he qualifies in Melbourne.

“We were trying to fight our way into the points at the end and I went for the move with Lance,” said Albon.

“He made a strong defence and unfortunately, we made contact. We had to retire due to the puncture, but the points were almost there, and we had to go for it.”

It meant neither Williams driver finished the race after Nicholas Latifi crashed out earlier in the night at the final corner.

“Unfortunately, I lost the rear going down to the final corner and that ended my race,” he said.

“I took the same line as I have across the weekend, so it was unexpected but obviously both disappointing and frustrating.”