Schumacher ruled out of Saudi Arabian GP after shunt 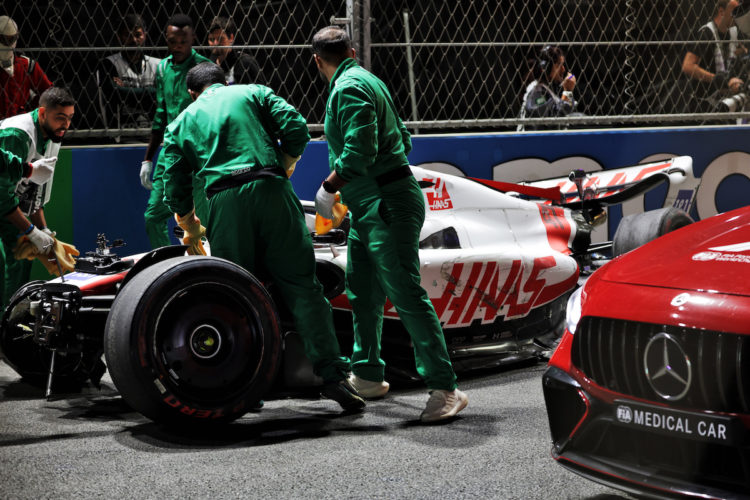 Schumacher was involved in a heavy incident during qualifying on Saturday evening, which resulted in a red flag stoppage that lasted almost one hour.

The German lost control of his car over a kerb at Turn 12 and hit the wall before bouncing back across the track and coming to a rest.

Schumacher was extracted from his car and brought to the medical centre at the Jeddah Corniche Circuit, where it was determined that he had no visible injuries.

However, he was airlifted to the King Fahad Armed Forces Hospital in Jeddah for precautionary scans, and has been ruled out of Sunday’s race.

Haas confirmed late on Saturday night that Schumacher had been released from hospital and had returned to his hotel.

“There’s too many unknowns about how he will feel in the morning and there’s nothing to be gained,” he said. “The car obviously is in a state as it is, and by having him out racing tomorrow could compromise our Melbourne efforts.

“There’s no point doing something tomorrow when you have to start from the pit lane anyway. At the moment we are in a position where we can score points and I think we have a better chance if we focus and regroup for Melbourne.”

Kevin Magnussen, who is set to line up in 10th place on Sunday, will be Haas’ only driver on the grid for the race.

F1’s regulations state that in order for a driver to participate in a race, they must take part in one practice session during the weekend, which includes qualifying. As a result Schumacher will not be replaced for the grand prix.