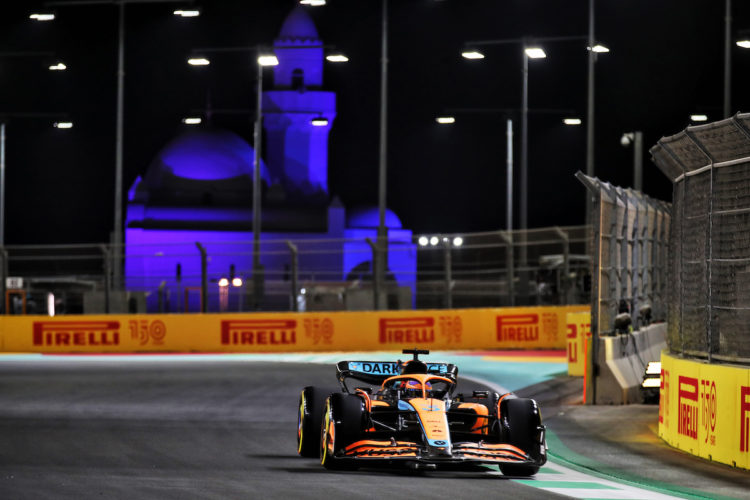 Daniel Ricciardo has been demoted three places for the start of the Saudi Arabian Grand Prix after being found guilty of impeding Alpine’s Esteban Ocon during qualifying.

Ricciardo ended the session in 12th place, failing to advance into Q3 as McLaren continues to struggle for pace.

However, the Australian is now set to start from 15th, one place in front of seven-time World Champion Lewis Hamilton, who didn’t progress out of Q1 on Saturday evening.

A statement from the Stewards read: “The driver admitted that he did not know that Car 31 [Ocon] was coming on a fast lap as he was not told of that by his team.

“The driver of Car 31 stated that his lap had to be aborted as a result of him being unnecessarily impeded by Car 3 [Ricciardo].

“Having said that, he stated that his overall performance during the session was not adversely impacted by the aborted lap.

“It was also clear that the team failed in its duty to keep the driver of Car 3 properly informed of approaching cars.

“This is particularly so given the tight nature of this circuit. In the circumstances, we impose a penalty of a drop of 3 grip positions to the driver of Car 3 and a fine of €10,000 to the team.”

Ricciardo’s team-mate Lando Norris will take the start from 11th place on the grid.