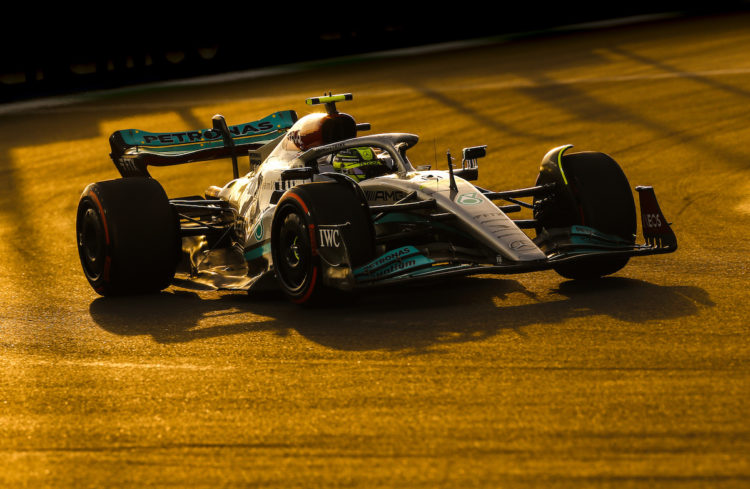 The Brackley-based squad has endured a difficult weekend in Jeddah, with Lewis Hamilton suffering a shock Q1 exit on Saturday evening.

His team-mate George Russell advanced further into the session and ended Q3 in sixth place, but nine-tenths of a second down on pole-sitter Sergio Perez.

Speaking after Saturday’s qualifying session, Wolff says that Mercedes’ current situation reminds him of the team’s position in 2013, prior to the start of its dominance in the turbo-hybrid era.

“We had a really strong run of eight years leading the pack – not always but we kind of managed our way into the lead – but this time feels a bit like 2013 where we just weren’t up to the speed of the Red Bulls and probably also the Ferraris.

“We kept fighting and this is how I feel at the moment. We need to fight.

“It is certainly totally unacceptable where we are on performance, we are third on the road, and sometimes not even like today. It’s just not an option to stay where we are.”

Wolff also confirmed that Hamilton’s struggles were a result of a set-up change that was “a bit bolder”, the outcome of which meant he struggled with rear end stability in the car.

Expanding on the issues, Wolff said: “You can see between Lewis’ and George’s performance there was not huge set-up changes that happened.

“But they were big enough to have dramatic consequence of the performance of the car, between going out in Q1 and making it solid into Q3.

“That’s why this car is tricky to set-up, we had a lower drag rear wing, toom the gurney off but still it wasn’t enough to shave more drag off the car, but generally I would say this isn’t a single problem.

“We have many parts of the car that don’t work, that we don’t understand, they don’t perform enough, and this is not where we all expect the car to be.”