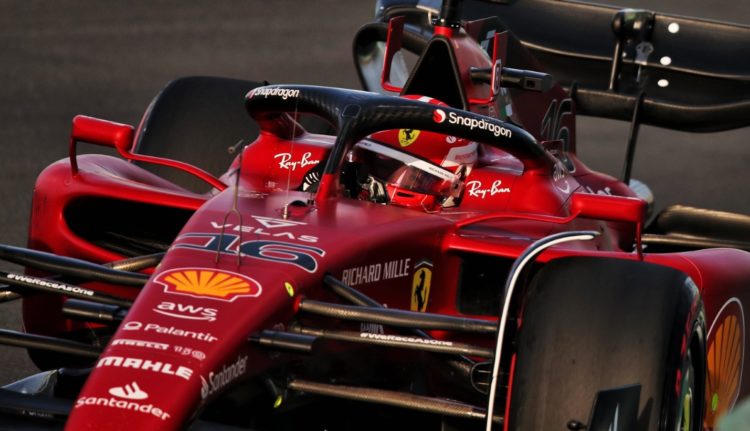 Verstappen had been on course for a quicker lap after being three-tenths up on his personal best following the first two sectors but he went wide through Turn 22 and aborted his effort.

By contrast Bottas’ former team, Mercedes, had a difficult showing.

Lewis Hamilton was the quickest Mercedes car, in 11th place, nine-tenths of a second down on pacesetter Leclerc.

His team-mate George Russell was in 14th while the six Mercedes-powered customer cars filled out the bottom six positions, as Aston Martin, McLaren and Williams struggled for performance.

Esteban Ocon classified sixth for Alpine while there were more reliability gremlins at midfield rival AlphaTauri.

Pierre Gasly, who retired in Bahrain, suffered a suspected driveshaft issue as he tried to leave the pit lane and stopped his AT03 shortly after pit exit.

Tsunoda’s car was equipped with fresh power unit components, including a new Internal Combustion Engine, following an issue during second practice on Friday.

The session came following a tumultuous 24 hours for Formula 1, after Friday’s attack on a nearby Aramco facility, which led to several meetings that only concluded in the early hours of Saturday.

Drivers reached a resolution to continue the weekend schedule as normal after concerns were assuaged by senior Formula 1 figures and security officials from Saudi Arabia.