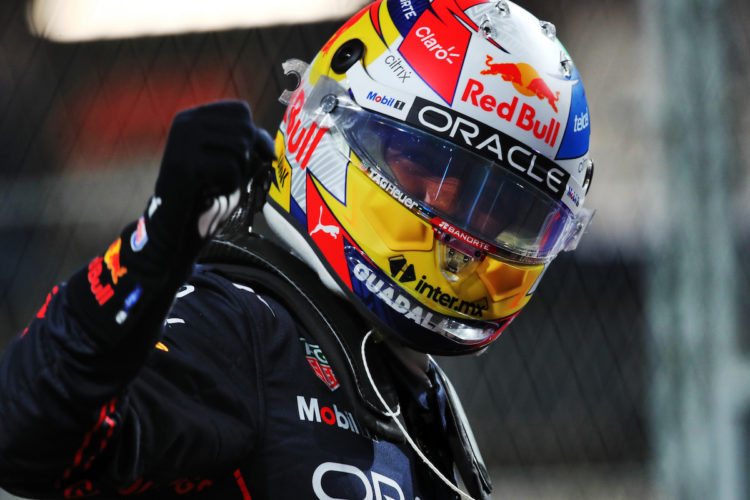 Perez took the first pole of his career after 215 grands prix, setting a new record for the most races entered before a maiden pole.

The Mexican narrowly edged out Ferrari’s Charles Leclerc by 0.025s, while team-mate Max Verstappen could only manage fourth at the chequered flag.

“It’s the second time I think he’s out-qualified Max. To put in a lap like that here, the most hardest, most dangerous circuit that we go to, [it’s] an unbelievable performance from him.

“I’m so happy for him. He’s worked incredibly hard, I think the car this year is more suited to his style, it’s not quite as quirky as last year’s car. He’s done a great job.

“Saturdays, by his own admission have never been the strongest part of his armoury. He’s always come alive on race day so to deliver that kind of performance at this circuit, it’s great for him.

“It’ll do his confidence a world of good and we just need to convert that into a great result tomorrow.”

Red Bull suffered a double non-finish last time out in Bahrain after it had issues with its fuel system towards the end of the grand prix.

However, Horner is hopeful that the steps the team has put in place ahead of Sunday’s race in Jeddah will prevent the failures from happening again.

“We think we’ve understood it, but we’ll only know at the end of the race tomorrow,” he said.

“We believe we’ve found the problem and have addressed the issue, but you want to see that chequered flag tomorrow.”