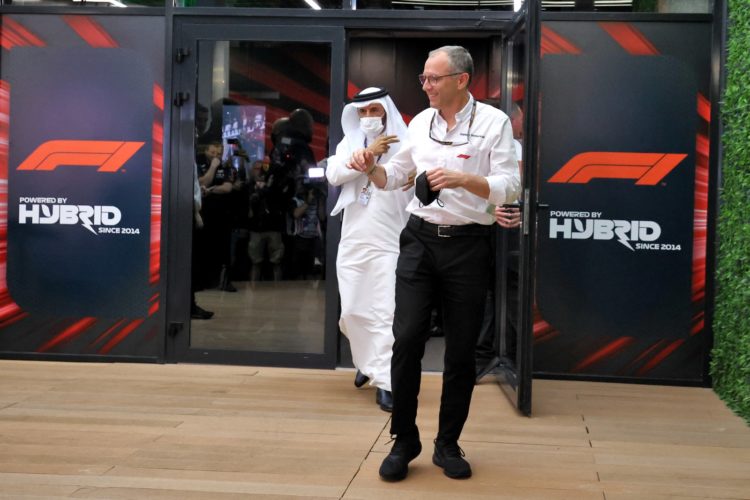 Formula 1 and the FIA have issued a joint statement guaranteeing the safety of this weekend’s Saudi Arabian Grand Prix, following Friday’s attack in Jeddah.

A facility belonging to Saudi’s state-owned oil company Aramco was struck on Friday afternoon in Jeddah, located around 10km from the Jeddah Corniche Circuit.

The Yemeni Houthi rebels claimed responsibility for the attack as part of its conflict over the ongoing Saudi-led coalition in Yemen.

Major stakeholders gathered prior to the second practice session, which went ahead after a 15-minute delay, before reconvening after the session.

Drivers gathered for their usual briefing, following the meeting, after which Formula 1 and the FIA confirmed the event would go ahead as usual.

But drivers remained in the meeting room for several hours to discuss the matter, prompting the return of F1 CEO Stefano Domenicali, before team bosses also returned to the hospitality unit.

Eventually, after 02:00 local time, the meeting dispersed, with drivers having been assured of the situation by key figures.

On Saturday morning a statement was provided.

“Formula 1 and the FIA can confirm that following discussions with all the teams and drivers, the 2022 FIA Formula 1 Saudi Arabian Grand Prix will continue as scheduled,” read a joint release.

“Following the widely reported incident that took place in Jeddah on Friday, there has been extensive discussion between all stakeholders, the Saudi government authorities and security agencies who have given full and detailed assurances that the event is secure.

“It has been agreed with all stakeholders to maintain a clear and open dialogue throughout the event and for the future.”

A statement was also provided by the Grand Prix Drivers’ Association, of which all 20 on the grid are members.

“Yesterday was a difficult day for Formula 1 and a stressful day for us Formula 1 drivers,” read a statement.

“Perhaps it is hard to comprehend if you have never driven an F1 car on this fast and challenging Jeddah track, but on seeing the smoke from the incident it was difficult to remain a fully focused race driver and erase natural human concerns.

“Consequently we went into long discussions between ourselves, with our team principals, and with the most senior people who run our sport.

“A large variety of opinions were shared and debated and, having listened not only to the Formula 1 powers but also to the Saudi government ministers who explained how security measures were being elevated to the maximum, the outcome was a resolution that we would practice and qualify today, and race tomorrow.

“We therefore hope that the 2022 Saudi Arabian Grand Prix will be remembered as a good race rather than for the incident that took place yesterday.”