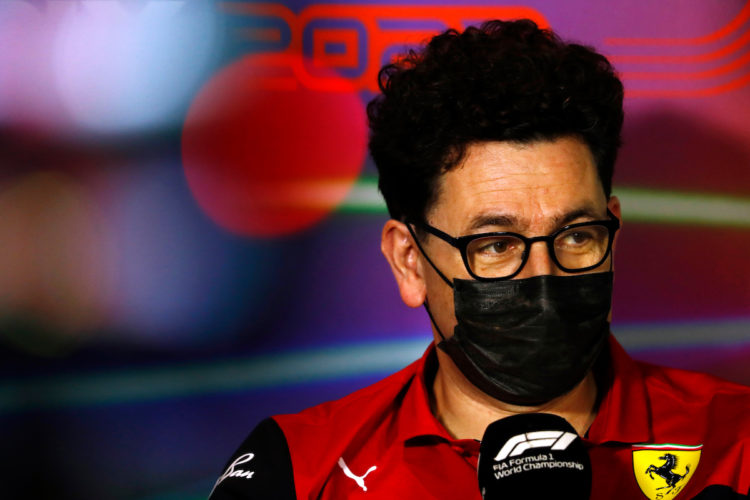 Ferrari Team Principal Mattia Binotto says departing Saudi Arabia following the missile attack close to the race circuit on Friday evening would “not have been the right choice”.

A series of meetings were held on Friday after a nearby oil depot was targeted by Houthi rebels, with the remainder of the Saudi Arabian weekend thrown into uncertainty.

Late into the night, all 20 drivers gathered for a discussion in Jeddah, where it is believed they raised concerns over continuing with the weekend.

Binotto says that making an exit would not have been the right choice for F1, amid calls from some fans on social media to abandon the event.

“The drivers met together, certainly they were concerned,” Binotto said. “After the facts of yesterday, no doubt all of us were concerned.

“The concerns need to be translated into considerations and discussions and as we as teams had assurance from F1 and from the Saudi government authorities and security agencies that everything would have been safe and under control.

“I think after long discussions, which is important to have in a transparent way, I think they understood and supported the fact that it is important to stay and remain in Saudi and drive for the weekend.

“By leaving the country, it would not have simply been the right choice. I think there was no right reason to leave the country after the facts that happened and with the assurance that we get.

“They met, they had their own concerns, they raised them, but I think altogether we got the right assurances and explanations as well.”

Binotto explained that the lengthy meeting on Friday night was drawn out to allow all drivers the chance to provide their own comments.

“There are 20 drivers and they’ve got their own single opinion. It was important for them to have a chat and at least try to raise the right questions,” he said.

“I think it was simply a long, positive and constructive discussion. We should not forget that those guys have got a voice.

“As Team Principals, we have got the duty and its role to try to explain the considerations so that they can have their own proper, right arguments and conclusions.”