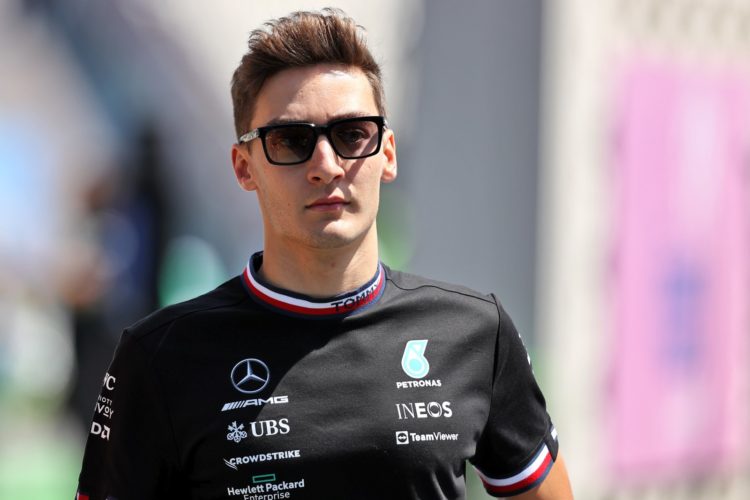 George Russell says Mercedes has to be “almost in damage limitation mode” during the early stages of 2022 due to the limitations of its W13.

Mercedes had the third-fastest car in both qualifying and race in Bahrain, behind Ferrari and Red Bull, but clear of the midfield group.

It picked up an unexpected haul of 27 points, courtesy of classifying third and fourth respectively, after Red Bull’s late double retirement.

Mercedes has pinpointed the bouncing as the main limitation of its W13 and Russell says the squad has to bag points early in the year until it implements long-term fixes.

“We are very fortunate that the calendar is not very dense at the start of this season,” he said ahead of this weekend’s Saudi Arabian GP.

“Even if it’s a couple of months we’re only six or seven races down out of a 23-race season and even if you come out of the blocks fast after the summer break, even as Mercedes and Lewis did last year, you’re still within a shot.

“We need to be in almost damage limitation mode at the moment. Pick up the pieces when there’s an opportunity, don’t throw away unnecessary points even though it may just be for fifth or sixth, or hopefully a bit higher and make sure we’re within touching distance always.

“Then hopefully when the car does improve we can come back fighting. It’s a very long season.

“We’ve all got confidence if we do things right there’s no reason why we can’t close the gap and potentially overtake but equally we appreciate and recognise Ferrari and Red Bull will continuously improve as well.

“We could close up by six-tenths, there’s no reason why they can’t extend by another six-tenths as well. We’ve got to play it by ear.”

Russell reckons the predicament Mercedes finds itself in means it has greater scope to experiment compared to some rivals.

“For me personally, it feels at the moment in a similar position to what I found myself in previous years that our competitors ahead of us are so far in front and we do have a bit of a buffer behind you can almost afford to take a few more risks to try and make up that gap,” he said.

“For me, I qualified ninth and we had the pace to come back through the field and back up to P5, P6. “We are in a bit of an intriguing spot right now that we can try a few things but I think ultimately there’s more to come from all of us.”