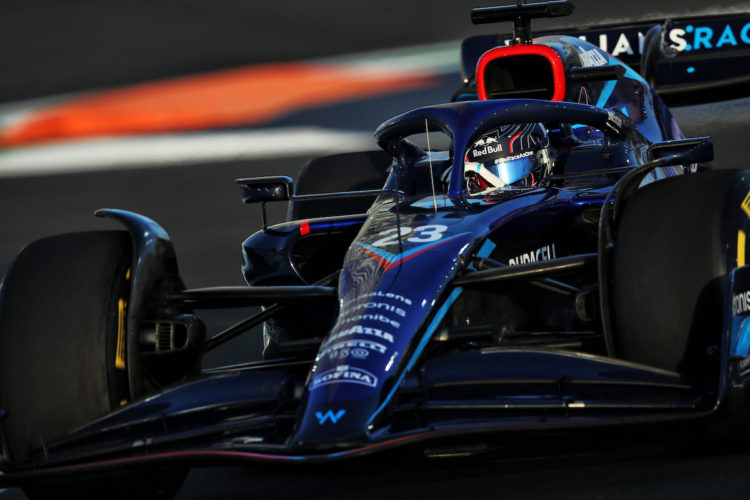 Alexander Albon has received his first reprimand of the 2022 Formula 1 season after being found guilty of impeding Mick Schumacher during the opening practice session in Saudi Arabia.

Schumacher was on a fast lap when he was blocked by Albon through Turns 8 and 9 of the Jeddah Corniche Circuit.

The stewards concluded that Albon was informed that Schumacher “was approaching and admitted that he saw him in his mirror(s) but chose not to slow down and let him pass as he was concerned about locking up his brakes”.

Although the stewards agreed that the incident didn’t create an unsafe situation, they decided that Schumacher was impeded on a fast lap, which is a breach of the regulations.

Any driver that receives five reprimands during an F1 season will receive a 10-place grid penalty for the next applicable grand prix, if four of the reprimands are driving-related.

Albon and Schumacher ended the FP1 session in 17th and 19th place respectively.