Sainz has ‘interesting theories’ over early deficit to Leclerc 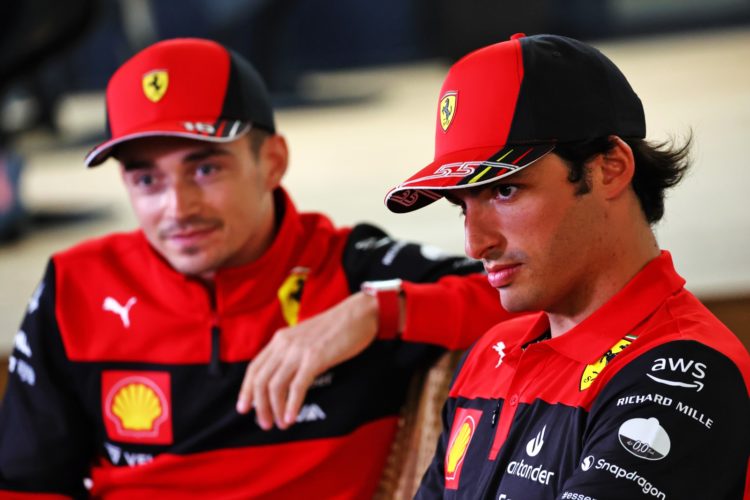 Carlos Sainz says he “a couple of very interesting theories” over his early performance deficit to Ferrari team-mate Charles Leclerc in 2022.

Sainz was in the mix for pole position but fell a tenth short of Leclerc in the closing stages of Q3 and was unable to remain in touch with Leclerc and Max Verstappen in the race.

Sainz was poised to finish third before being promoted to second late on when Verstappen slowed and ultimately retired due to a suspected fuel pump issue.

“I mean I was right there in the fight for pole in qualifying and this was a good news for me for the lack of feeling that I have with this car and the lack of understanding that I feel I have,” Sainz said.

“It was good news to still be able to put a couple of very strong laps in quali that nearly gave me pole.

“I don’t think it’s going to be a matter of one race. A bit like it was last year, no? Little by little chip away at it and get there.

“But we also need more samples. I don’t know if Bahrain was a bit of a one-off and all of a sudden here [in Jeddah] I am back to where I should be or where I expect myself to be. So let’s see. It’s still early days.”

Sainz believes the high-speed nature of the Jeddah Corniche Circuit will highlight any limitations he is still feeling with Ferrari’s F1-75.

“I think the more time I spend in the car, the quicker I will figure it out and the more chances I have to set up the car a bit more to my liking,” he said.

“This is going to be an important test because it’s a very high confidence track. You need confidence to be fast and close to the walls here and it will show and tell me how confident I am.”