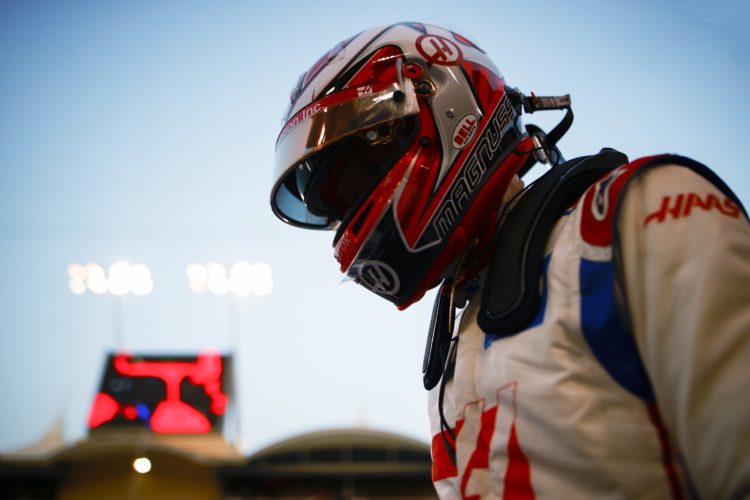 Kevin Magnussen says he has adopted lessons from his 2014 rookie season to keep expectations in check after his strong Bahrain Grand Prix display.

Magnussen’s shock return to Formula 1 with Haas in Bahrain was capped with fifth in the race, to mark the team’s best result in four years, having qualified in seventh.

It leaves Haas third in the Constructors’ Championship ahead of the second round in Saudi Arabia this weekend.

The Dane played down expectations on Thursday and cited the example of his rookie campaign, in 2014, when he finished on the podium on his debut – a feat he has yet to repeat.

“I mean there’s always the danger you have such a great first race and you expect to be there every time,” he said.

“I’ve been in that situation before: my first race in F1 I got on the podium then after that I was disappointed with everything that wasn’t a win because I finished second, so the next [target] was a win!

“Everything that wasn’t a win, which is all of the races so far, was a disappointment!

“So I had to really change my mindset and I won’t make that mistake again: I’ll take it race by race, build up this championship and just get the best every time.”

Magnussen explained that he “felt like I hadn’t really been out for a year” during the Bahrain race weekend and is hopeful that Haas can be in the mix for a podium in eventful grands prix.

“I mean if you’re always like just behind the top teams – which I guess is the best you can hope for unless you’re in a Mercedes, Ferrari or Red Bull – then you’re the first one to get that podium if stuff happens,” he said.

“I don’t see us driving onto the podium on pace any time soon but I could kind of expect us to be in the position we were in Bahrain, leading the midfield, you’d hope we can do that more often and keeping that level, that’s got to be the target.

“If you’re there, you’re the first one to receive that podium if you have that lucky day where a lot of people have problems, which has happened before, or there’s a red flag at the right time on a track that’s hard to overtake, or something like that.

“That’s something I’m dreaming about, I’m not expecting it, as I said I don’t think we have the pace to be driving onto the podium but I am dreaming about that podium.”