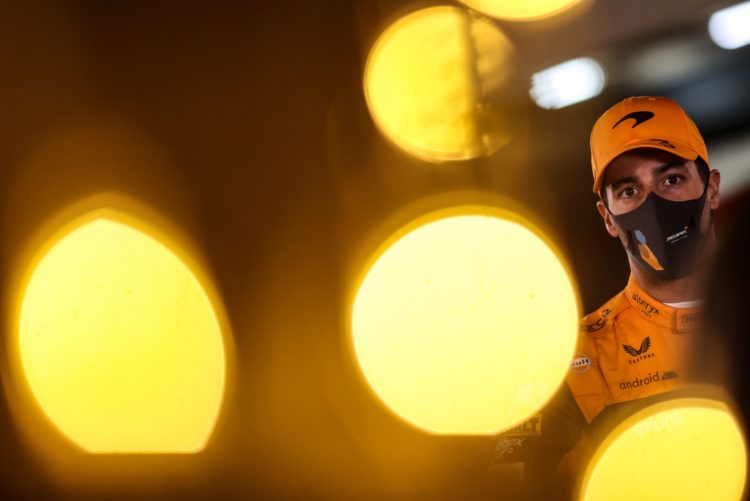 Daniel Ricciardo suggested that McLaren may take time to recover its Formula 1 prospects but maintained an upbeat aura over its situation.

Ricciardo and McLaren had a low-key showing in Bahrain as he was eliminated in Q1, qualifying 18th, faster only than Aston Martin’s Lance Stroll and Williams’ Nicholas Latifi.

Ricciardo dropped to the back of the field at the start and remained among the tail-end group throughout, ultimately classifying 14th of the 17 finishers.

“Obviously starting from pretty much the back we knew it wouldn’t be an easy race, we had some challenges,” said Ricciardo.

“Look, I’m glad we got the race distance in, especially for me, the first one I’ve done all year.

“[It was good] to learn the car more, [give] feedback to the team, some interesting things to feel, and some places where I felt the car was good, but overall obviously we still have I think a few more weaknesses than strengths, so [we will] try and give that info to the team and assist them as much as possible now.

“We’d love to be up on the podium here at race one but we’re obviously a long way from that, but the only way to improve it is work together and address as much as we can in the most efficient way possible.”

Ricciardo emphasised he “refuses to be down yet, it’s too early” but cautioned that McLaren is unlucky to surge forward in the interim period.

“I don’t think it’s going to be an overnight fix, for sure it’s going to take a little bit of time I guess, but we’re still so early in the development of these cars and understanding, so maybe in a couple of races time we find a set-up that works well with the car,” he said.

“There’s still optimism that it might be quicker than we think but knowing Formula 1 I think it’ll take some work to find the lap time we need.”