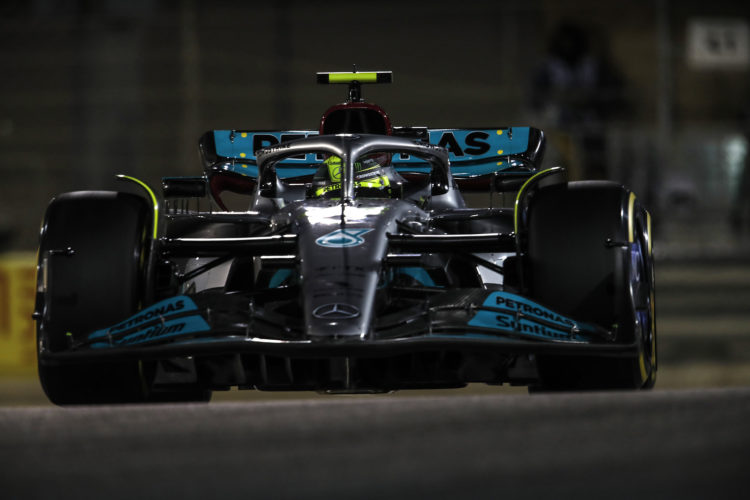 Mercedes had spent much of the Bahrain Grand Prix running fifth and sixth respectively, with Lewis Hamilton ahead of George Russell, having qualified fifth and ninth.

Mercedes’ prospects were enhanced in the closing stages when both Red Bull drivers suffered terminal mechanical failures, promoting Hamilton to third and Russell to fourth.

It left Mercedes with a haul of 27 points, 17 behind early leaders Ferrari, but Wolff says title talk should be dismissed.

“If we look at the pecking order today [Bahrain race day] it seems a very, very long shot to even think about being in the contention for any of the championships,” he said.

“But if I look at it as a single race weekend we probably scored the maximum points that we could have, and we need to take it from there.

“Every single weekend counts, and at the moment it is singular events, because realistically when you’re third on the road you can’t think about winning it.”

Wolff explained that Mercedes’ approach for the current period is to gain further understanding “of how we can unleash the performance that we hope to be in the car, before throwing bits at it in terms of performance,” having conceded it effectively treated Sunday’s race as an extended test.

“Therefore you can experiment more, and the experiment with the hard tyres was worth it, very different to the other strategies for the front-runners and obviously didn’t work at all.

“But it was more mileage, more laps, more learning.”