Haas can be close to podium in ‘crazy’ F1 races – Schumacher 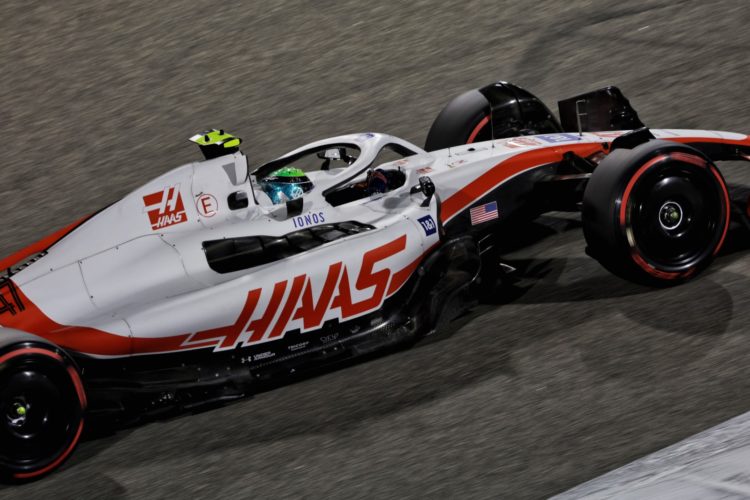 Mick Schumacher believes Haas has the potential to be a podium contender in the event of there being a ‘crazy’ Formula 1 race this season.

Haas has never scored a podium in Formula 1 since its debut in 2016, taking a best of fourth at the 2018 Austrian GP, and last year finished rooted to the rear of the standings.

Having focused its resources on its 2022 project Haas displayed strong speed in Bahrain, with Kevin Magnussen qualifying seventh and racing to fifth place.

It marked Haas’ biggest haul of points since the 2019 German GP and leaves it third in the constructors’ championship after the opening round.

Schumacher qualified 12th in the sister VF-22 and moved into the top 10 on the opening lap before being spun around by Esteban Ocon, eventually classifying 11th.

“With all the circumstances that we had with the spin in Turn 6 after contact – I don’t know how much damage that would’ve brought to the car – it didn’t feel amazing to drive afterwards,” said Schumacher.

“I think that was also represented in the pace we had.

“Seeing Kevin in P5 means that we have the car to do this, and that I can do the same.

“That also means we’re close to podiums if there’s a crazy weekend, which there usually is in Formula 1, so we should be able to do that.”

While Schumacher recorded his best qualifying and race result in Bahrain, team boss Guenther Steiner outlined that Magnussen’s return provides the sophomore with a strong benchmark.

“I mean, a reference helps a lot,” he said. “If you can look at someone, if someone does a lap two to three tenths faster maybe you find one or two tenths there, braking points, lines and so on, so that will help him a lot.”