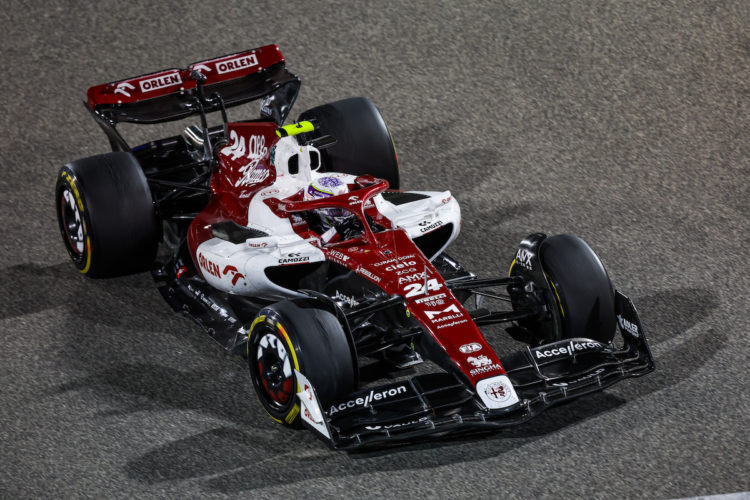 Zhou Guanyu says that he was left “speechless” following his maiden Formula 1 race, from which he walked away with his first Championship points.

Zhou was sitting in 13th place for the late Safety Car restart, and swiftly moved past the Haas of Mick Schumacher for 12th.

He then gained another two places and moved into the top 10 when the Red Bull duo of Max Verstappen and Sergio Perez retired from the race with suspected fuel issues.

“It’s amazing, I’m so speechless,” Zhou said. “It was an emotional race, so intense, not physically, mentally.

“To be scoring my first ever Formula 1 points in my debut is something I would only dream of one year ago, or two weeks ago.

“Everything comes so quickly, I’m just so happy, so proud of the team behind me.

“I’m proud of my team-mate, we worked so hard together to maximise the car. It’s a huge reward for us and a day that I’ll never forget for a long time.”

Zhou says that he was hungry to progress forward after he was faced with a car issue during the race that made him lose time to his rivals.

“Once I had a problem at Turn 1, I had to go into neutral, restart everything, some strange stuff,” he said.

“I knew my chance was very low to get into the points, so I was fully attacking, eyes forward. Even when Lewis [Hamilton] came out on the Hards, I overtook him.

“I knew he was much quicker, but every opportunity, I couldn’t miss to gain that gap that I lost.

“It really means so much that all of this happened. I think I deserve to be here and today I showed that. It’s a big relief.”