Sainz: Bahrain was the ‘most difficult weekend at Ferrari’ 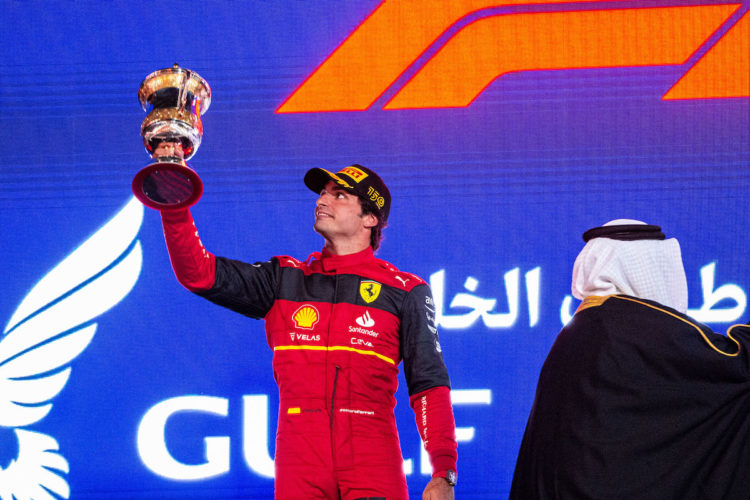 Carlos Sainz says the Bahrain Grand Prix weekend was the most difficult event he’s endured at Ferrari, despite scoring a second-place finish in Sunday’s race.

The Spaniard has entered his second year with the team, having enjoyed a successful maiden campaign with the Italian squad in 2021.

Sainz’s pace at the start of the weekend in Bahrain was down on Charles Leclerc’s, but in qualifying, he ended up just one-tenth adrift of his pole-sitting team-mate.

During the grand prix, Sainz couldn’t replicate Leclerc’s pace but stayed in the fight for a podium finish and capitalised on Max Verstappen’s woes to take second place in the dying laps.

“I mean in FP1, FP2 and FP3 I was very far behind, the most far that I’ve been ever in Ferrari,” Sainz commented.

“That’s why even with a one-two that we scored I’m not entirely happy with the weekend. As a Ferrari driver it’s been my most difficult weekend

“It just shows that I need to put my head down, understand this car, understand where is Charles making the difference with his driving and the way that he’s approaching the corners and driving the tyres, also in the race.”

Sainz will be back behind the wheel of the Ferrari this weekend for the second round of the season in Jeddah.

With the opening race of the year behind him, the 27-year-old is confident that will be able to make sturdy gains in a short period of time.

“I need to improve if I want to fight for a win and I will put my head down and try to do some steps coming into Jeddah,” he said.

“Can I improve it from one weekend to another? I think I can improve it. Can I cut down the deficit completely? It’s a very good question.

“In the end later let the bad weekends as a Ferrari driver be a P2 and I’ll take it and move on.”