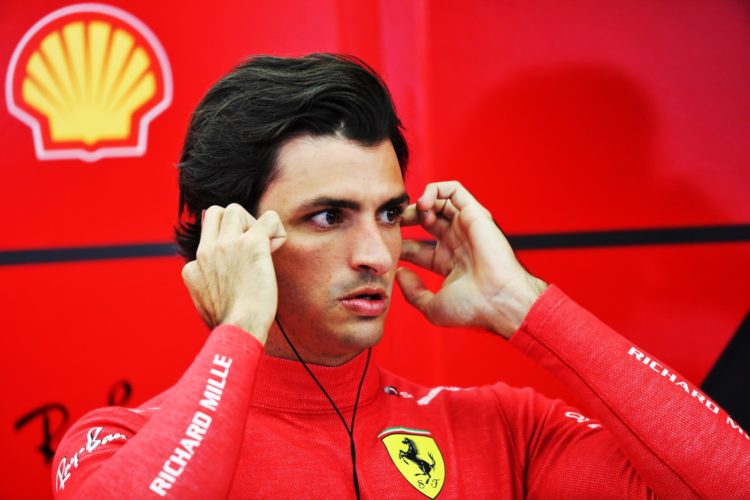 Carlos Sainz and Ferrari have reached an agreement to continue their partnership beyond the end of the current Formula 1 season.

Sainz joined Ferrari for 2021 after previous spells at Toro Rosso, Renault and McLaren.

Both parties hinted pre-season that a new contract was likely to be a formality and an agreement has now been reached.

Speaking after finishing second at the Bahrain Grand Prix, Sainz said: “I think we are close… very close, very very close – extremely close! [We are] nearly there.”

Team boss Mattia Binotto, also attending Ferrari’s news conference, outlined that “we found an agreement and it is only a matter of translating it to paper.”

Speaking during the post-race press conference Sainz relayed his delight at having front-running Formula 1 machinery for the first time in his career.

“It’s just great news for Ferrari and for us because it’s where Ferrari should be and it’s where Charles [Leclerc] and I want to be in our lives, fighting for World Championships,” he said.

“It’s still going to be a long year, we still need to make sure that we develop well this car, because at the moment it is a quick car but it also needs to be quick the whole year, to keep us in the fight.

“Before the race, Charles and I were working together and the first thing that we said to each other is how good it feels, just to be starting first and third and to finally be fighting for something bigger, and together.

“We kind of had that moment of just realising that we are in the fight this year, and it was… between us a good moment to reflect and to realise that we are a lot luckier in that sense that last year, and we have a good fight in our hands.”