Leclerc allowed Verstappen through to obtain DRS during battle 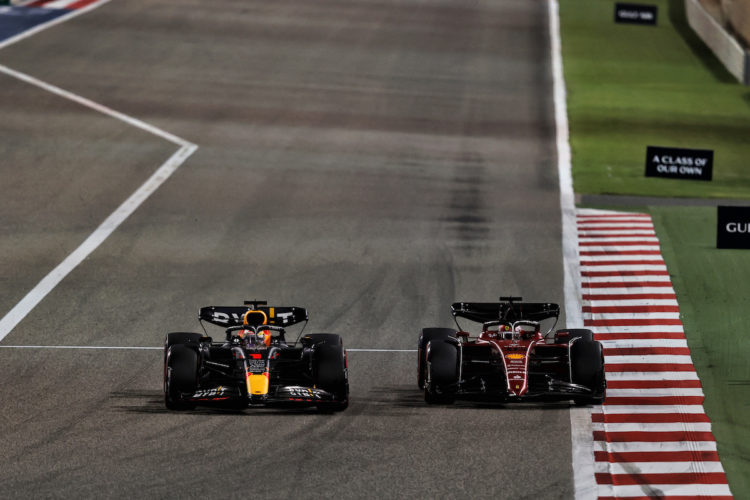 Charles Leclerc has revealed that he purposely allowed Red Bull’s Max Verstappen to overtake him in order to make use of the Drag Reduction System (DRS) on the second straight.

The duo were involved in a titanic battle on Sunday at the Bahrain Grand Prix, with Leclerc going on to win the opening race of the season.

Following their first pit stops, Verstappen closed up behind Leclerc, and launched a three-lap attack on the Ferrari driver.

Verstappen moved ahead at Turn 1, before Leclerc came back at him on the following straight, making use of the DRS to move back ahead and into the lead.

Leclerc has revealed that he intentionally let the Dutchman pass so that he could use DRS on the following straight to get back in front.

“Twice it worked out, so I took back my first position and just incredibly happy that we made it work.”

Verstappen’s assault ultimately ended when he locked up at Turn 1, before he retired from the grand prix towards the end of the race.

Leclerc’s win marked his first since the 2019 Italian Grand Prix, with Ferrari also taking its first one-two finish in over two years.

“It’s the perfect start to the season,” Leclerc said. “And I’m incredibly happy after the last two years that have been very difficult for the team, for myself, for, obviously, Carlos also last year.

“We had to work extremely hard. And we did work hard and well. And yeah, to finally prove that all the work that we’ve done in the past two years is paying off, feels amazing.”