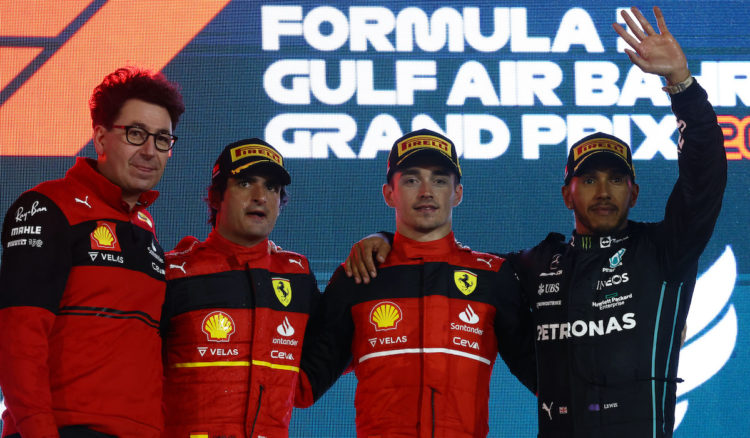 Despite leading a majority of the race, Leclerc was forced to work for his position on occasions, most notably when Red Bull’s Max Verstappen launched a three-lap attack on the Ferrari driver.

Leclerc and Verstappen ran first and second after the opening number of laps, however Verstappen opted to make his first pit stop one lap before Leclerc, with the undercut slicing the gap between the top two.

Verstappen moved ahead of Leclerc three laps in row, however Leclerc immediately responded in the following corners to move ahead again.

A lock-up at Turn 1 proved to be the end of Verstappen’s assault, before later in the race he retired with a mechanical issue three laps from the end.

Leclerc was forced to deal with a late Safety Car restart after Pierre Gasly’s Power Unit caught fire, however he was unchallenged thereafter to the chequered flag.

Magnussen stars for Haas in P5

F1 returnee Kevin Magnussen scored Haas’ best race result since the 2019 Austrian Grand Prix, as he benefitted from the Red Bull retirements after running best of the rest through most of the race.

He was behind George Russell at the chequered flag, the Briton scoring fourth for Mercedes in his first outing as a fully contracted driver to the team.

Despite a poor start from sixth on the grid in which he fell back to 14th, Valtteri Bottas climbed back through the order and managed to cross the line in sixth.

Alpine scored points with both of its cars in seventh and ninth, Esteban Ocon leading Fernando Alonso with the former also picking up a five-second time penalty for an opening lap collision with Mick Schumacher.

As the sole remaining AlphaTauri in the race, Yuki Tsunoda classified eighth, while rookie Zhou Guanyu scored a point for Alfa Romeo on his debut in the sport.

McLaren endured a miserable opening round to the 2022 campaign, languishing toward the rear of the field for much of the grand prix.

Daniel Ricciardo crossed the line in 14th, ahead of Lando Norris in 15th. Mick Schumacher missed out on his first points in F1 in 11th place, leading Aston Martin’s Lance Stroll across the line.

Rounding out the runners who made it to the end was Nicholas Latifi for Williams and Aston Martin substitute Nico Hulkenberg.

F1 returns again in just one weeks’ time, as the sport travels to Jeddah for the second round of the season.