Leclerc joked to Ferrari he had engine issue on final lap 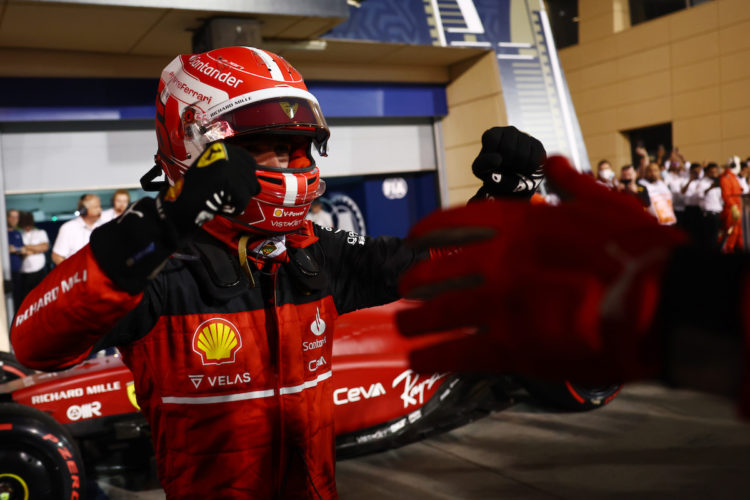 Charles Leclerc says that he joked over his team radio on the final lap of the Bahrain Grand Prix that he was suffering from an engine issue.

Leclerc won the opening round of the 2022 Formula 1 season on Sunday, while Ferrari took a one-two finish as Carlos Sainz crossed the line in second.

Three years ago in Bahrain, in just his second grand prix for Ferrari, Leclerc was on course for his maiden F1 victory before a technical issue dropped him back to third at the chequered flag.

As he closed out the second sector on his final lap during the 2022 edition of the race, Leclerc jumped on the radio to declare that once again, he had a problem with his car.

Speaking to Sky F1 after the race, Leclerc said: “I did a bit of a joke on the radio on the last lap saying there was something strange with the engine.

“The engineers, I’m pretty sure, didn’t like that. But it was fun, I had that in mind for the last 10 or 15 laps of the race, hoping there were no reliability issues.

“Then I saw that Max [Verstappen] had the issues and I was like, ‘come on, please, stay with me until the end’, and it did.”

Leclerc was challenged at various points during the race by Verstappen, and was forced to contend with a Safety Car restart during the dying stages of the race.

However, Verstappen suffered from a Power Unit issue and ultimately retired, but Leclerc was not convinced that the Dutchman could’ve moved ahead even if his car was healthy.

“I don’t think so, but you never know,” Leclerc said. “At the restart, I did a really, really good restart so I think it would’ve been difficult for him to overtake.

“After that, the rhythm was very strong. Whenever I had a margin I knew I could more or less manage the gap behind.”