Horner: Red Bull failures were ‘totally out of the blue’ 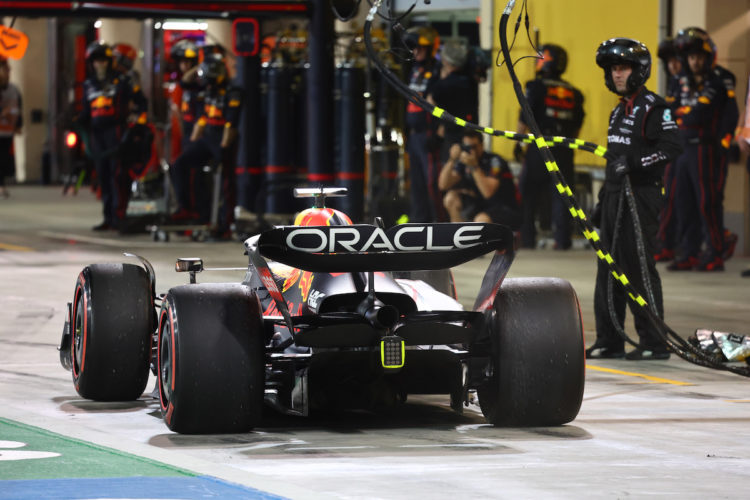 Red Bull had no warning that its cars were about to fail towards the end of the Bahrain Grand Prix, according to team boss Christian Horner.

Max Verstappen reported an issue while running in second place after a late Safety Car restart, while team-mate Sergio Perez was two positions behind him.

Verstappen returned to the pit lane a handful of laps before the chequered flag, while Perez retired on the circuit as he began his final lap.

“[The problems were] totally out of the blue,” Horner said. “It’s something we haven’t seen previously.

“We’ll strip the cars, we’ll get into it and understand what the issue was. I suspect it’s something similar between both because the symptoms looked very similar.

“It looks like potentially an issue within the fuel system. So it’s very disappointing to lose 30 points.

“I think the positive side for us was we had a very competitive car. I don’t think we quite had the pace of Charles today but some great racing between max and Charles.

“I think when you look from a season’s perspective, we need to get on top of the issue, whatever it was today and come back next weekend.”

Prior to his Power Unit-related retirement, Verstappen complained of his steering being heavy, which was given him particular bother through high-speed corners.

Horner revealed that the problem arose after the pit stop crew dropped the car during one of the Dutchman’s pit stops.

“We bent a track rod when the car got dropped at the final pit stop and that made the car inconsistent from left to right,” Horner said

“He did a great job with that and looked like he was managing. It wasn’t a safety concern, it was just uncomfortable to drive.”