Wolff: There are ‘simple solutions’ to unlock W13’s performance 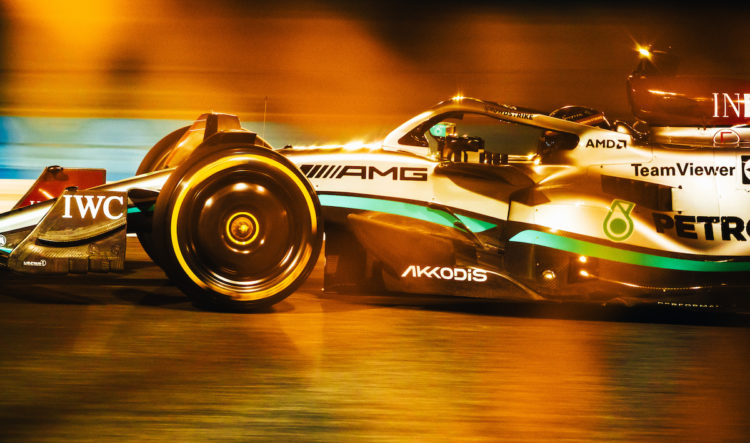 Mercedes appear to be on the back foot heading into the season opening Formula 1 race in Bahrain this weekend, with the W13 lacking performance compared to its rivals.

Drivers Lewis Hamilton and George Russell both put Red Bull and Ferrari ahead, whilst suggesting Mercedes were mixing it up in the midfield with Alfa Romeo and AlphaTauri following disappointing results in Friday’s practice sessions.

However team boss Toto Wolff, whilst acknowledging there is plenty of work to be done, believes there are some simple solutions that the team can work through to unlock the potential of the W13.

“I don’t think that we can match the leader’s performance at the moment,” conceded Wolff. “I personally believe there are simple solutions to get the performance back.

“Probably it’s simpler to say what works. It’s less items. So we need to look at every single area on the car, be it aero, weight, power unit. All of that. In F1 is never one solution. But I think there is low hanging fruit that we need to tackle for the next races, which will improve our performance. And then there’s more complex things. And we’re tackling each of those.”

Asked if a slow start to the season would rule them out of the title fight, Wolff rejected that and expects there will be plenty of opportunities for them to catch up.

“It’s 23 races. Even if you lose a race or two or you end up outside of the podium, nobody’s protected against DNFs or crashes. We’ve seen last year, they played a big role. So we will give it whatever we can, bring them updates as quickly as we can and understand the car more and try to find performance.”

A particular issue that is hurting Mercedes is the porpoising effect, where the floor stalls and causes the car to bounce up and down.

“It’s one of the factors. Most teams have developed a car with a very low ride height. I think there is various solutions [to porpoising] that the teams have deployed, some more successful and some less. I would say we are probably more on the less successful side and it’s now really about clarifying what is it that we want to go? But it’s just one of five or six issues where we believe there is big performance to gain.”

Red Bull’s Christian Horner has warned rivals not to discount Mercedes, and says it will take a handful of races until the true pecking order is known.

“When you watch their car on the circuit, it doesn’t look easy for their drivers at the moment. What we do know is their ability to bounce back, they’ve had difficult pre-seasons before and then gone and won the first race.

“So until we’ve seen not just this race, but probably a sample of three or four races, you’re not going to get a true picture of form.

“Of course, with the regulations being so immature, the development race is going to be fast, it’s going to be steep. And of course, a team like Mercedes with the strength and depth that they have will bounce back very, very quickly if they are on the back foot.

“Until we see the first sample of qualifying this evening and the race tomorrow, it’s difficult to make any assumptions.”