Hamilton: Red Bull is up to nine-tenths ahead of Mercedes 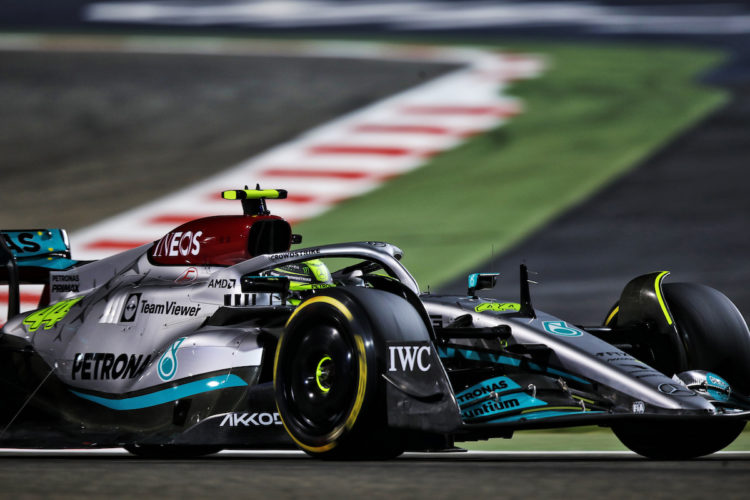 Lewis Hamilton has claimed that Red Bull is in the region of nine-tenths of a second faster than Mercedes ahead of the season-opening race in Bahrain this weekend.

Mercedes appeared to struggle for pace during Friday practice in Sakhir, while Red Bull’s Verstappen ended the session as the fastest driver.

The Brackley-based squad has voiced concerns over its pace during pre-season testing, however some rivals claimed that it was purposely down-playing its pace.

But Hamilton says that Mercedes’ issues to start the season are real, believing the problems will only be solved in the long-term.

“We’ve had small problems in the past, relatively [small] compared to this year, we’ve had much, much smaller problems,” he said.

“We’re faced with much, much bigger problems this year and everything we do to try and fix it doesn’t really change that. It appears that it’s probably going to be a more longer-term fix.

“We’re not going to be in the race for the win here. If you look at the Red Bulls, they’re a long, long way ahead. It’s in the region of eight to nine-tenths ahead of us.

“Ferrari is probably something like half a second to six-tenths ahead of us. We’re fighting with whoever’s behind them.”

During the second practice session on Friday evening, Hamilton complained of his car “pulling”, with his front brake discs operating in different temperatures, causing the steering wheel to pull down to one side while braking.

However, the seven-time World Champion says his brakes are not part of his concern over the car’s pace.

“The braking thing is something we can fix, it’s not a concern,” he said.

“It’s more the balance that we have and the loss of downforce we seem to have compared to others, it’s making it much, much harder out there.

“As you can see, we’re a long way off, we’re not bluffing like people assumed we are. It is what it is, we’ll work as hard as we can.

“We can’t really do anything, this is the car. We can try improve the set-up, but it’s not the set-up that’s the issue.”