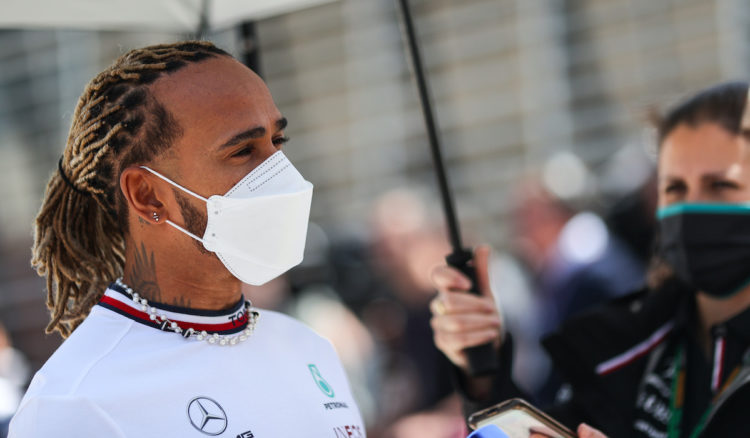 Lewis Hamilton and the FIA have agreed to donate €50,000 to support a student from a disadvantaged background in gaining a qualification in motor sport.

The sum was a fine handed down by the FIA to Hamilton after he skipped December’s FIA prize giving gala, following the fallout from the 2021 Formula 1 season finale in Abu Dhabi.

Hamilton’s absence goes against the rules which stipulate that the top three drivers must attend the gala. Championship winner Max Verstappen and third-placed Valtteri Bottas were both present.

Following a meeting with new FIA president Mohammed Ben Sulayem on Thursday in the Bahrain paddock, it was agreed that the fine should be donated, with the seven-time world champion taking the opportunity to discuss his Mission 44 initiative with Ben Sulayem.

“Hamilton shared some of his experiences and findings from the report of the Hamilton Commission, authored by the Royal Academy of Engineering and published last year,” the FIA said in a statement.

“One of the key factors identified upon which commitment to Diversity and Inclusion relies is the implementation of initiatives that are accessible to underrepresented groups.

“The FIA President noted the important foundational work done by the FIA in recent years with projects such as FIA Girls on Track, and commended the commitment shown by Hamilton in projects such as Mission 44 and Ignite.

“In the spirit of commitment to building a more diverse sport in the future, the FIA President gave his full support to Hamilton’s decision to make a donation of €50,000 that will be used to support a student from a disadvantaged background in achieving an educational qualification in motor sport.  The FIA and Hamilton will work together with and independent panel and throughout this process.

“Both the FIA President and Hamilton look forward to further positive steps in this area in 2022 and beyond, with Diversity and Inclusion being made a key priority for the Federation.”

The statement went on to emphasise the importance of drivers attending the FIA gala.

“During the meeting, the circumstances that led to Hamilton’s absence from the 2021 FIA Prize Giving Ceremony were also discussed. Hamilton acknowledged the importance of celebrating the year’s achievements with the prize-winners from across motor sport and the FIA President reminded Hamilton of his obligation of sportsmanship, particularly in view of his status in motor sport.”