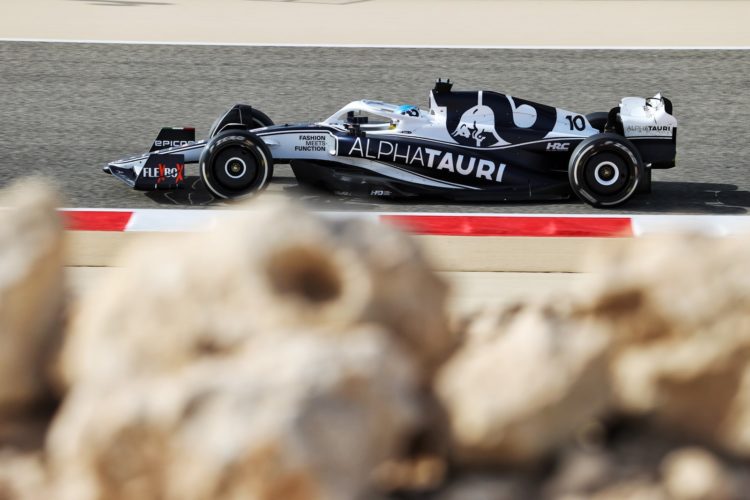 AlphaTauri’s Pierre Gasly set the pace as Formula 1’s new season kicked off with the opening practice session in Bahrain.

Gasly used Soft tyres to post a time of 1:34.193s in the opening 60-minute session, which took place in warm and sunny daytime conditions.

The second session, along with qualifying and the race, are scheduled to take place at dusk.

Gasly’s time left him 0.364s clear of Charles Leclerc, who survived a wild spin through Turn 11, while Carlos Sainz was third in the sister Ferrari.

Both Ferrari drivers clocked their best times on the Medium tyres.

Mercedes finished fourth and seventh, George Russell ahead of Lewis Hamilton, as both used Soft tyres for their best efforts.

Nico Hulkenberg was a solid 14th as he returned to Formula 1 action for the first time since October 2020.

McLaren had a subdued session, with Lando Norris and Daniel Ricciardo classifying 16th and 17th respectively, while Haas pair Mick Schumacher and Kevin Magnussen were the slowest of the drivers to set a lap time – though did not use Softs.

A couple of teams had reliability setbacks during the session.

Esteban Ocon caused a 13-minute stoppage early in the session when new sidepod bodywork detached from his Alpine A522 along the main straight.

Valtteri Bottas managed only two installation laps for Alfa Romeo after reporting a misfire on his initial outlap.