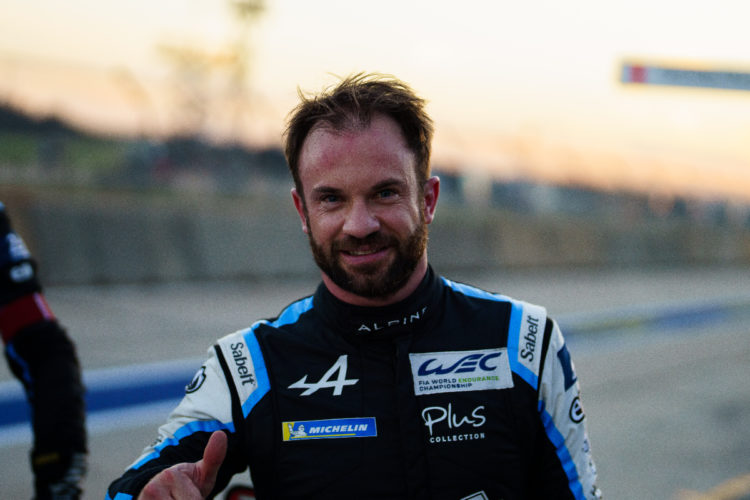 Alpine Elf Team has won the 1000 Miles of Sebring, with the event shortened by thirty minutes after it was halted due to lightning in the area.

The #36 Alpine A480-Gibson, driven by Andre Negrao, Matthieu Vaxiviere and Nicolas Lapierre started the race from pole position and was never really threatened throughout the race.

It was aided by a first red flag, called for a big crash for the #7 Toyota GR010 Hybrid when Jose Maria Lopez hit the tyre barrier with a damaged front end and rolled over.

With the leading of the two Toyotas out, it left the way clear for the French squad to score its first overall victory in the FIA World Endurance Championship.

Brendon Hartley, Sebastien Buemi and Ryo Hirakawa finished second in the #8 Toyota, with the podium completed by the #708 Glickenhaus 007 LMH of Romain Dumas, Olivier Pla and Ryan Briscoe.

The Anglo-American squad took the lead of the race and ran one-two for some time before the #22 sister car fell away with an unplanned pitstop.

With the win, Pierson becomes the youngest race winner in championship history at 16 years, 1 month and 4 days.

Porsche have won the first GTE Pro race of the season. Kevin Estre and Michael Christensen started from pole position in the #92 Porsche 911 RSR-19

The duo started from pole position and fended off a challenge from the #64 Corvette C8.R of Tommy Milner and Nick Tandy to take victory.

Tandy and Milner finished second, with the #91 Porsche of Gianmaria Bruni and Richard Lietz completing the podium.

NorthWest AMR took a dominant win in GTE Am. The #98 Aston Martin Vantage AMR took the lead a handful of laps into the race when Ben Keating was passed by Paul Dalla Lana in turn 1.

From there, the Canadian never relinquished the lead and took the win alongside Nicki Thiim and David Pittard.

Keating, Florian Latorre and Marco Sorensen made it an Aston Martin one-two in the #33 TF Sport Vantage, with the podium completed by the #56 Team Project 1 Porsche of Brendan Iribe, Ollie Millroy and Ben Barnicoat.