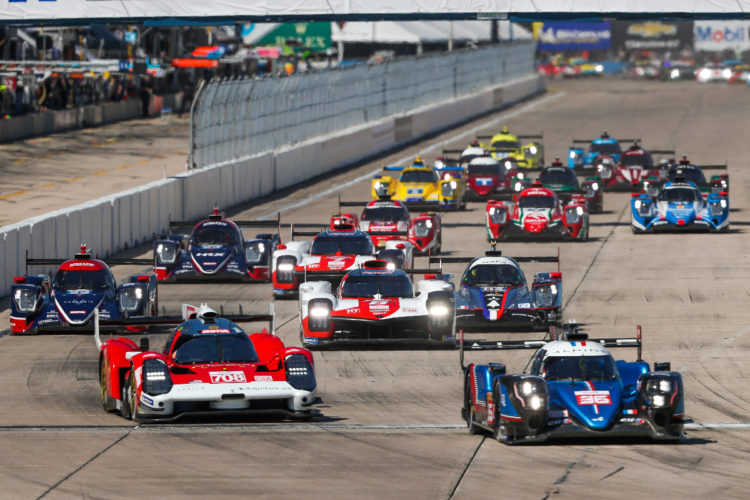 Vaxiviere started the race, maintained the lead and is now back in the car after a single stint from team-mate Nicolas Lapierre.

United Autosports leads the LMP2 category one-two. Philip Hanson sits out front, having taken over the #22 United Autosports ORECA 07-Gibson from team-mate Filipe Albuquerque who took the lead of the start.

Corvette and Porsche have continued to battle over the top spot in GTE Pro, with the American squad currently leading on home soil.

Tandy vaulted into the lead in the #64 Corvette C8.R after the first round of stops, but has remained under heavy pressure of Michael Christensen’s #92 Porsche 911 RSR-19.

The Corvette came in to pit shortly before the hour leaving Christensen in the lead, but the Dane has yet to make a stop and has a fifteen-second stop and hold penalty to serve.

Richard Lietz sits in third in the #91 Porsche.

TF Sport, polesitters with their #33 Aston Martin Vantage AMR, sit in third with Ben Keating currently behind the wheel.