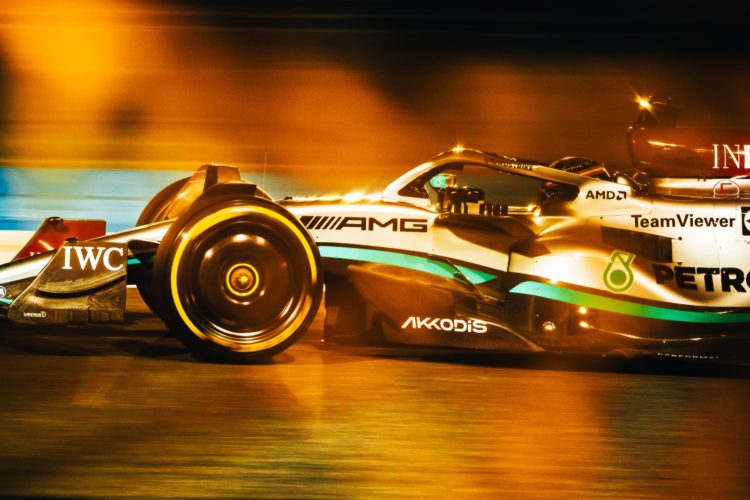 George Russell believes that Mercedes’ speed is comparable “with the likes of AlphaTauri and Alfa Romeo” after a subdued display during practice in Bahrain.

Russell clocked the fourth-best time, almost six-tenths down on Max Verstappen, while Lewis Hamilton was ninth overall after a scruffy effort that was hindered by a DRS issue.

But while the short-run pace attracted concern for Russell he was more wary of the W13’s performance over longer stints.

“It’s clear it’s all about lap time and we are certainly not where we want to be,” said Russell.

“I think we made a bit of progress solving some issues but the pace is just not there at the moment.

“So we need to really go over the data tonight to really understand why we’re both struggling with the car.

“We’re a long way off the pace of Red Bull, Ferrari, even the likes of AlphaTauri, Alfa Romeo are seemingly on our pace or even quicker.

“I think the high fuel pace is a bit more representative and we were consistently over a second slower than where our rivals are.”

“There are so many factors we need to weigh up,” he said. “We are truly throwing everything at it at the moment, to try and unlock the potential that we think is there, but we’re just really struggling to tap into it at the minute.

“Everything we try is maybe one step forward and two steps back and there’s always a limitation.

“It’s going to take time, we hoped we would have solved it but how things stand at the moment, we aren’t in the fight and we’ve got some work to do.”