Vettel: Removal of disputed flag on helmet ‘fails the message’ 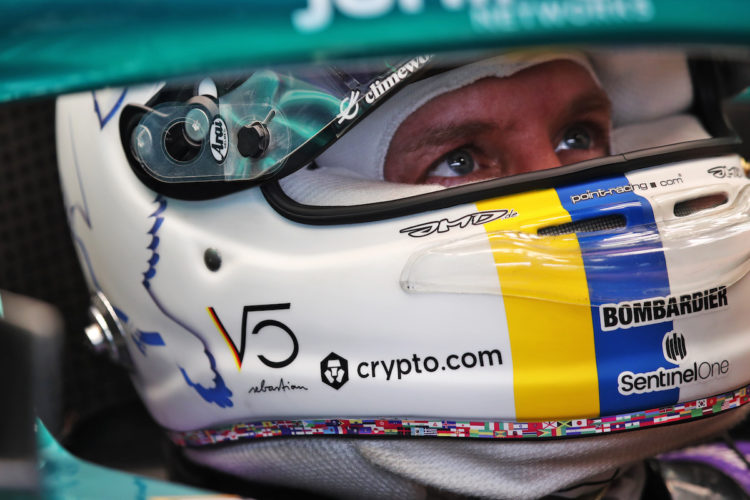 Sebastian Vettel says the removal of a flag from his ‘No War’ helmet following a complaint to the FIA “fails the message” he was trying to deliver.

For the second pre-season test, Vettel unveiled a fresh helmet design, featuring the Ukrainian flag in support of the country following Russia’s invasion.

The bottom of the design featured a number of flags, with helmet creator Jens Munser Designs clarifying that it was a stock graphic purchased from a stock image platform.

It said that the “only message of these more than 250 flags is to underline a world-wide united stance against war”.

However, the Cyprus Automobile Association (CAA) filed the complaint after a flag from a Turkish-occupied island north of Cyprus appeared on the bottom of the helmet.

It was branded as “unacceptable” by the CAA, with Vettel removing the sticker after the matter was raised.

Speaking to media on Saturday in Bahrain, Vettel says the distress that the flag caused went against the message behind the design.

“Obviously I wish I would have not come up with the design because there was no need,” he said.

“It’s a strong sign to show the support, all the drivers got together on Wednesday and we thought we’d use the opportunity to show that we’re united and take a stand.

“It’s horrible what’s happening, it’s like a nightmare and we don’t seem to wake up. That’s the simple reason why my helmet design is quite simple but effective.

“I decided to go that way. Around the bottom there’s the opportunity, a small sign to have all the flags of the world.

“Apparently there were some issues, so [we] took the little sticker off because some people got upset which fails the message.

“The message is the whole world should be united and is united to fight war.

“I think we grew up in times of peace and we appreciate peace a lot. It’s a nightmare shock to see the images and to see what’s happening, to hear the news.”